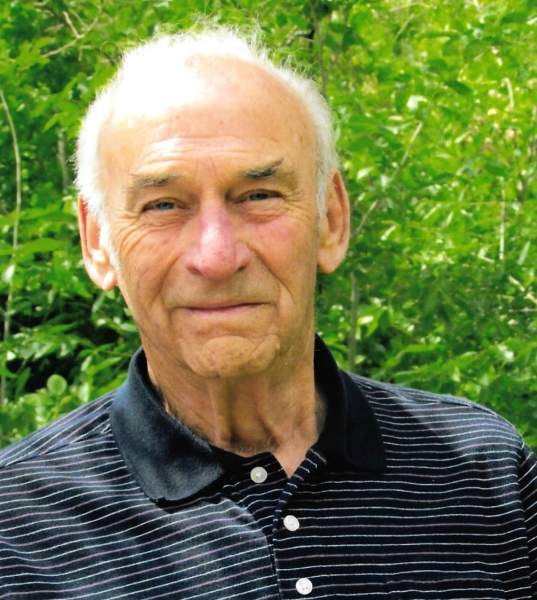 Our beloved father, grandfather, great grandfather, brother, and friend peacefully left us to be with his Lord and Savior after a valiant fight with cancer. He was lovingly cared for by family until the end.
The oldest child of Marion and Louise Ambrose, he was born and raised in Buhl, Idaho. After graduating from Buhl High School, he attended the College of Idaho, where he met the love of his life, Harriett R. Garman. Jene enlisted in the United States Air Force after one year of college and was stationed in Amarillo, Texas. He married Harriett on June 11, 1955, in Wilder, Idaho. They were married for 57 years and raised three children together.
Following service in the Air Force, Jene attended Idaho State University, majoring in accounting. At Idaho State he was president of Alpha Kappa Psi, and with the dean of the school of business, started the Idaho Business Person of the Year. He graduated from Idaho State in 1961 and began his career with Crane Supply Company. In 1969 he formed his own company, Ambrose Technical Sales Co.
He was active in the Christian faith, serving various church callings. He was a long-time member of the First Baptist Church of Ogden. Later, he became a member of the Community United Methodist Church in Washington Terrace. He was a long-time member of Kiwanis International where he held local and state offices, including Distinguished Governor of the Utah-Idaho District. In 2002, he volunteered for the Salt Lake Olympics at the Ice Sheet in Ogden. He also volunteered at Ogden Regional Hospital for 15 years.
He loved, and was fortunate, to travel extensively throughout the United States and abroad. The last 8 years of his life were spent traveling with his special friend and companion Dorothy “Dot” Johnson. The family would like to thank Dot for being such an important person in Jene’s life and for helping watch over him.
Jene is survived by his son Jeffrey (April) Ambrose, his daughters Stephanie (Tim) Woolworth and Heather Ambrose (John Robbins), and dear friend Dot Johnson. He is also survived by his grandchildren Desiree Woolworth (Jake Glover), Luke Woolworth (Stacy), Rachel (Jordan) Frew, brother Jerry (Shirley) Ambrose, his sister Deena Frosaker (Dave), Harriett’s siblings Houston (Nadine) Garman, Helen Karn, Hester (Gail) Tuttle, four great-grandchildren, many nieces and nephews, and countless friends.
He is proceeded in death by his loving wife Harriett, sister Carmen Elaine Fitzsimmons, brother Don Ambrose, and his parents Marion and Louise Ambrose.
The family thanks the wonderful care provided to Jene by Dr. John Hemmersmeier, Dr. Jason Stinnett, Nancy Weber, PA-C, the wonderful staff and nurses at Utah Cancer Specialists, and the caring aides provided by Amada Senior Care. We also thank the wonderful staff and residents of Treeo Senior Living.
A celebration of life will be held at Leavitt’s Mortuary, 836 36th Street, Ogden, Utah, at 2:00pm Saturday December 4, 2021. Family will greet friends at the mortuary from 12:00pm – 1:45pm prior to the service. Masks are requested.

In lieu of flowers, family suggests donations to the Community United Methodist Church in Washington Terrace, the Utah Food Bank, or any hunger relief organization of your choice.

To order memorial trees or send flowers to the family in memory of M. Jene Ambrose , please visit our flower store.