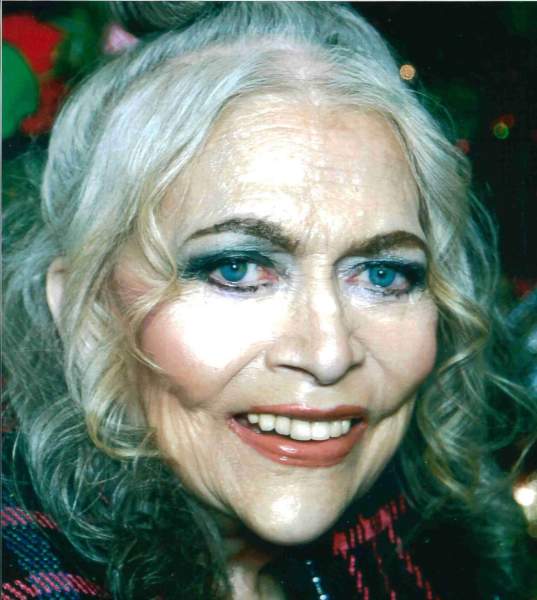 Maddie, 82, passed away on Friday, April 29, 2022, surrounded by family and close friends. She was born in 1939, in Lansing, Michigan to Helen Kathleen and Reeland Lee Springer. In 1954, they moved to Utah where she graduated from Ogden High School and attended Weber State University.

She married Glenn A. Baggs in 1958 and had two children: Glenna Marie and Jeffrey Forest. Maddie retired in 1994 from Hill Air Force Base after 34 years of service as a civilian in the Photo-Reconnaissance Branch as an Inventory Management Specialist. Maddie married L. Steve Damon in 1996. They were happily married until separated by his death in 2013.

Maddie enjoyed skiing, golf, oil painting, books, family, friends, and her beloved pets. She especially loved traveling and the wonders of nature, as did her parents. Her beautiful oil paintings were occasionally featured in galleries and are still cherished by her family.

She belonged to P.E.O., Eastern Star and Daughters of the Nile and was active in the United Church of Christ Congregational in Bountiful and Ogden, where she sang in the choir and served in different capacities. She was loved by many for her kind disposition, remaining the same to the very end.

Maddie is survived by her children: Glenna Keller and Jeff Baggs (Karen); her grandchildren: Kathryn Gilbert (Brad), Sean Keller (Tosha), Jessica Reid (Nick), Trevor Baggs, Hayden Baggs, and Sierra Baggs; her 9 ½ great-grandchildren; and her close friend, Richard Grillz. She is preceded in death by her parents; husband, Steve Damon; and father of her children, Glenn Baggs.

A very special thanks to Bree with A Plus Hospice for making sure that Maddie was comfortable and seeing to her needs during her last few weeks. To the Avamere at Mountain Ridge CNAs, Reagen, Tuff, Talia, and Dominique: Thank you all so much for the great care, love, dedication, and extra attention you gave Maddie and her cats!

In lieu of flowers, kindly make donations to help with additional expenses to Leavitt’s Mortuary – please call 801-394-5556 to donate; any excess funds raised will be passed on to the CNAs that graciously gave Maddie’s kitties a new home.

To order memorial trees or send flowers to the family in memory of Madelon “Maddie” Forest Damon, please visit our flower store.