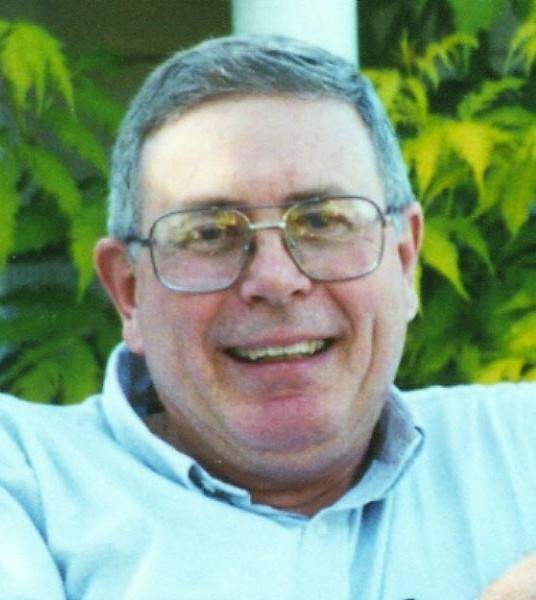 Merlin was born at home in Elko, Nevada to C.W. Paul and Ethel Maxwell Paul. He was the oldest of three boys. He was active in the Boy Scout program and loved camping in the Ruby Mountains. He played clarinet in the high school band and loved being in plays. After graduating from Elko High School, he attended Brigham Young University for two years where he participated in drama and was a member of the BYU ROTC Men’s Chorus. Merlin had a beautiful bass singing voice.
While at BYU he met this first wife Louise Blood and after they married, he left BYU working as a surveyor and title insurance clerk. They had six children: Diana Lockwood (Larry), Kevin (Karen), David (Kim), Stephanie Hull (Blaine), Cheryl Styler (Lynn) and Gary. Feeling that he needed a college degree, he went to Utah State University and earned his Bachelor of Science Degree in English. He and Louise moved to Layton at this time. He worked at Hill Air Force Base as a management analyst. While living in Layton he was active in drama and directed the top play for the All-Church Drama Festival. He was a member of the North Davis Planning Council. He and Louise later divorced.
Merlin married Marsha Fowers and they had a son William (Maurine). Merlin returned to Utah State University and obtained a master’s in accounting degree. They moved to the Ogden area where he managed a title insurance company. He returned to working for the government at Defense Depot Ogden. He transferred to Alameda, California working for the Department of Defense. In 1978 he transferred to the Forest Service working for the Plumas National Forest in Northern California. He retired from government service and obtained teaching credentials to teach art and accounting classes at Feather River College in Quincy, California. He was an accomplished artist and loved instructing others.
In 1991 Merlin and Marsha moved to South Jordan, Utah to be closer to family. In 2003 they needed to downsize so they moved to Farr West, Utah to a smaller home.
Merlin was active in The Church of Jesus Christ of Latter-day Saints serving in many leadership roles. He served as an ordinance worker in the Jordan River Temple.
Merlin was preceded in death by his parents, two sisters-in-law, and a granddaughter.
He is survived by his wife, Marsha, his seven children, and many grandchildren and great-grandchildren.
He loved his family very much and was always more than happy to visit with them.
Graveside Services will be held Friday, November 26, 2021, at 2:00 pm at Leavitt’s Mortuary and Aultorest Memorial Park, 836 – 36th St., Ogden, UT 84403.

To order memorial trees or send flowers to the family in memory of Merlin Gene Paul, please visit our flower store.