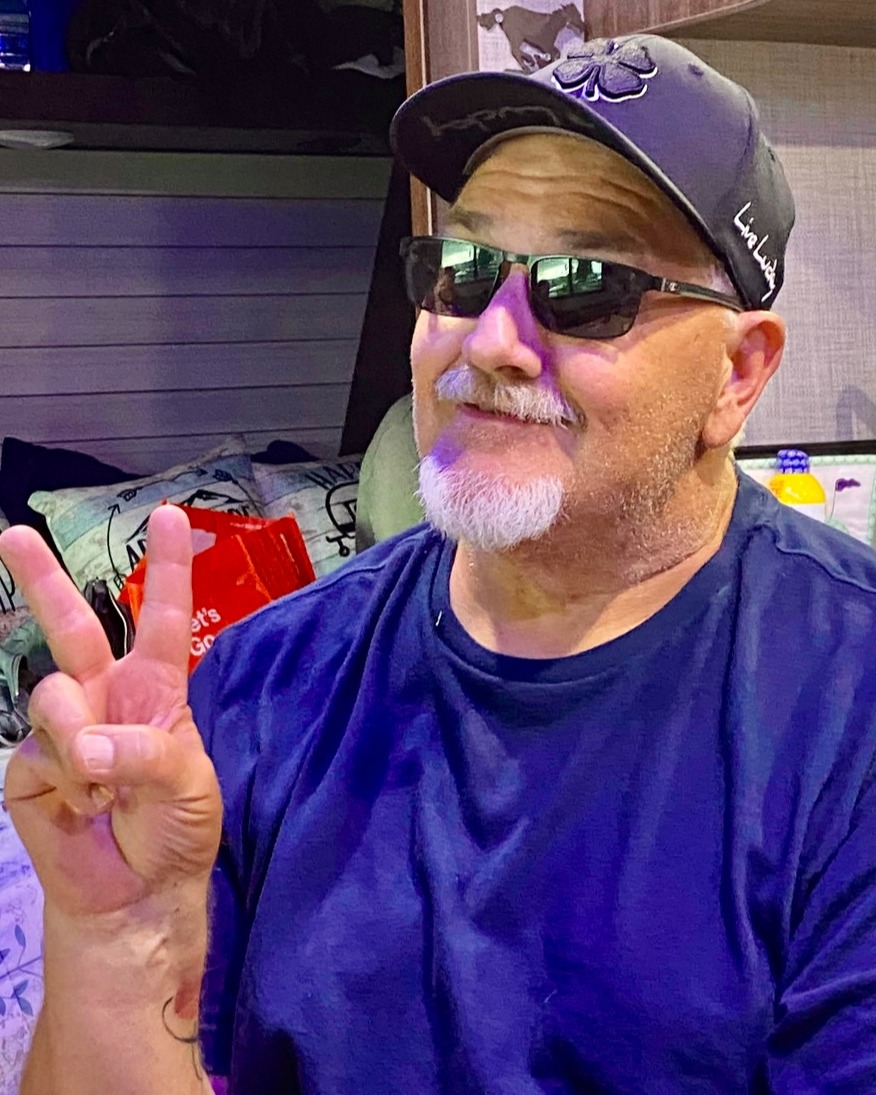 Michael Jay Hopkins, age 61, died at his home on the morning of October 15, 2022, after fighting cancer fiercely for 3 years.

I don’t know how you sum up the life of such an incredible man in a few paragraphs, so I’m not even going to try. The TLDR version: Mike Hopkins was an amazing man, husband, father, brother, uncle and friend to many and he’s going to be missed every day by all the people who loved him. Not just missed, mourned. He was something special and you knew it the minute you spent any time with him.

We will be honoring Mike’s wishes and having a party in his honor Friday, October 21st from 4-6 p.m. at Riverdale Park.  It is located at 4300 Parker Drive, Riverdale, Utah.  Come and share a memory with us.

Mike was born to Justin and Ethel Hopkins at Hill Air Force Base.  He was the youngest of five children.  He grew up in Clearfield and attended and graduated from Clearfield High School. He did everything from play football to sing in the choir.

He got married young and had his two older boys, Michael and Tanner. They are just like their Dad. They look like him, move like him, laugh and love like him and both are gifted and talented singers. He was always so proud of them and who they were. He loved hearing them sing and couldn’t wait for them to be 21 so they could go to the karaoke bar with him. Mike was used to having the spotlight on him, but when Michael and Tanner sang the bar would stop and watch. And he was so proud.

Mike met me when he was 36 and I was 22. There was an instant connection and a deep friendship was sparked. I knew I loved him first, but he struggled to let his head and heart get around our age difference. But we were meant to be and were married June 16, 2001.

In January 2006, Mike and I had our babies, Aiden and Isabelle. Mike was a full-time stay-at-home Dad until they were 4 years old. He loved being with them. He loved those two with all his heart.

At one point, Mike said his brain was turning to mush and he was going to apply to work part-time at the Costco in Bountiful.  Little did we know that the people of Costco would become like family to us. Mike stayed with Costco until he was no longer able to work.

Mike was preceded in death by his parents, Justin and Ethel Hopkins and his sister, Judy Hopkins-Peotter. He is survived by his wife, Amy, his children, Michael (Carrie), Tanner (Kristen), Aiden and Isabelle, brothers Jerry and Steve, sister Kathy Hopkins-Wright, his four puppies Bentley, Cooper, Kota and Charlie and a million and one other family members and friends. He was so loved.  We want to thank everyone for loving Mike and loving us.