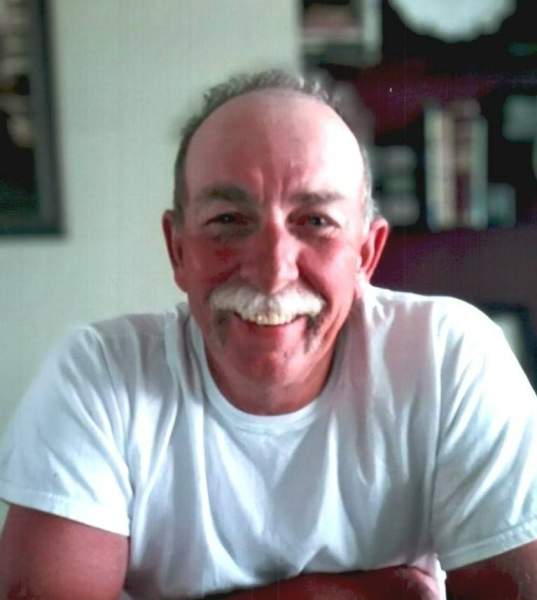 Mickey James Riddel, 65, passed August 9th, 2022, from complications of an embolic stroke. After a week at St. Mark’s Hospital. he was brought home for end-of-life care and passed surrounded by his loving wife, his children, and his dogs that he loved so much.

Mick was born August 14, 1956 in Alexandria, Louisiana to Clayton Weldon and Ruth Flinders. He was named after Mickey Mantle whom his Father had played baseball with.

His early years he lived in the Azore Islands where his dad was serving active duty. His parents divorced & his family moved to Wichita Falls, Texas. He was later adopted by his stepfather, Pete Riddel.

In 1968, his family moved back to his mom’s home in the state of Utah, where he lived in Roy until he was out of High School. From an early age he loved sports, especially football and baseball. His best friend throughout his life was Dave Drake, who unexpectedly died in 2006 and Mick was devastated. Mick never had a formal post high school education, but he was a hard worker and very ambitious. He worked at Thiokol, the oil fields of Rock Springs, Wyoming, as a mechanic, at Smiths Frozen Dough plant and was currently at Lifetime products where he planned to retire in four months.

He met and married Karen Giles Day on June 17th, 1995. Karen had four children and he became a loving father to them, helping raise them into the great adults they are today. They appreciated and loved him for it. Mick was a hard worker at home who prided himself in having a nice yard and working on endless home projects with Karen.

Mick loved the outdoors and was an accomplished golfer. In the fall, he would look forward to hunting and would prepare for weeks to go with his hunting buddy, Louie Martinez, making many lifetime memories together. Mick loved the holidays, especially Halloween and got so excited when Karen started to decorate their home.

Mick was preceded in death by his parents and siblings Jaren Weatherston and DaLane Olson.

He is survived by his wife Karen, his stepchildren Micah, Megan, Alec, and Gavin Day, and grandchildren AJ, Bridger, Lyla, Bronxton, Caroline, Brooklyn, Cardon, and he was excited for another grandbaby coming the first part of next year. He is also survived by his brothers Martin, Buddy, Jaren’s wife Gail and many nieces, nephews, and cousins.

We will miss his laugh, quick wit and jokes and will anxiously await the day we will be together again. May he rest from his labors, find peace and joy, and pray he will be near to us in spirit as we continue our earthly journey here. We love you Mick.

To order memorial trees or send flowers to the family in memory of Mickey James Riddel, please visit our flower store.