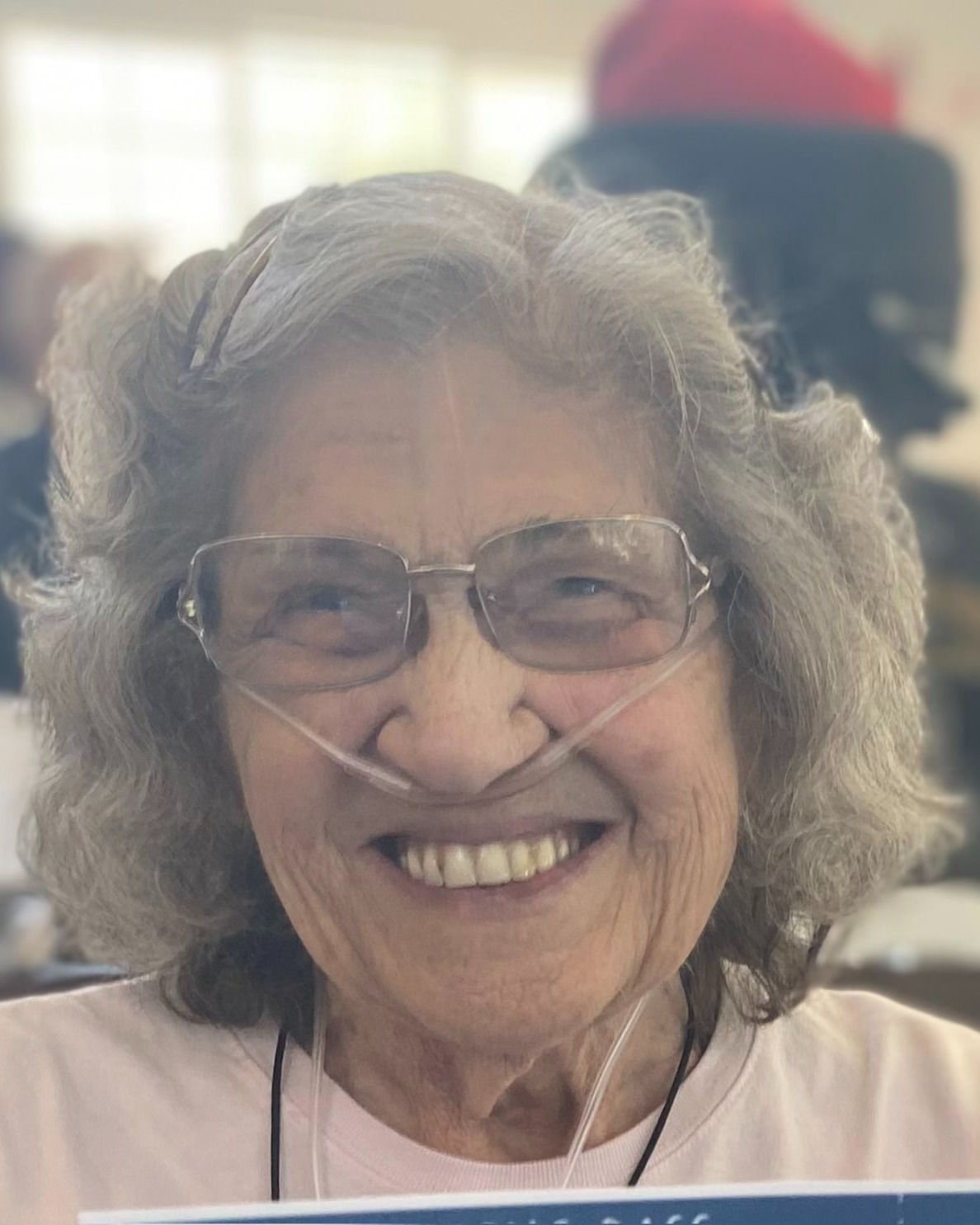 Patricia Marie (Behrend, Harman) Garner, loving mother, grandmother, great grandmother and friend passed away December 9, 2022, at her home in North Ogden. She was born April 18, 1935, to John and Kathrine Behrend in Iroquois South Dakota. She was the youngest of her parents 10 surviving children. When she was very young she and her family moved to settle in Blackfoot Idaho. She loved the small community and spent a good portion of her life there.

Pat was very spiritual and attended catholic school. She and her family were always very involved with the catholic church. Soon after high school she married Robert Harman and they adopted three children, Andrew, Robert, and Kelly. Pat loved her family more than anything.  In the early 70’s Pat and Robert divorced and Pat moved to Roy, Utah. She was then able to pursue a working career to provide for her family. She started in trucking dispatch and later became a safety director. Pat was a leader when it was frowned upon for women to lead. She was the first woman on the Roy City Chamber of Commerce and wasn’t afraid to take charge. Pat had many accomplishments, but her pride and joy was when she started her trucking company, “Blue Diamond”. In her later years she went back to school at Weber State and was so proud to be on the Deans list even as a lady in her 50’s.

Underneath the businesswoman was a great cook, cake decorator, and craft maker. She loved to crochet, make home décor, and she even made many beautiful wedding cakes for friends and family. Though nothing compared to when she became a grandmother. She loved that the most. She leaves behind five grandchildren she loved with all her heart. Cody, Amanda, Ashley, Craig, and Amber. She loved spending time with her grandbabies and even took the 3 youngest on a road trip to see everything the western United States had to offer.

In 1992 Pat found her soul mate, Blaine Garner. Blaine never had any children of his own, and had a bit of a rough exterior, but took in her grandchildren with open arms. She was truly happy in her life with Blaine. The last 30 years of her life she spent going on road trips with Blaine and her sisters Anna, Reit, Sally, and Faye, and spoiling her grandchildren. Pat and Blaine made a trip almost every year to Arkansas to see the horse races. On multiple occasions they brought the youngest grandchild, Amber, with them.

Pat attended church almost every week, even up until the last couple weeks of her life. She loved St. Mary’s Parish and all the friends she made there. The family would appreciate any donations you wish to make in her honor be given to St. Mary’s.

She is survived by, her three children, Andrew, Robert, and Kelly (Derril). Her five grandchildren, Cody, Amanda, Ashley (Cliff), Craig, and Amber (Chris), her four great-grandchildren Joey, Anna, Hadley, and Rowen, her nieces, nephews and friends, and the countless other lives she touched with her smile and spirit throughout her life.

She was preceded in death by her parents, nine brothers and sisters, and her husband Blaine.

To send flowers to the family in memory of Patricia Marie Garner, please visit our flower store.