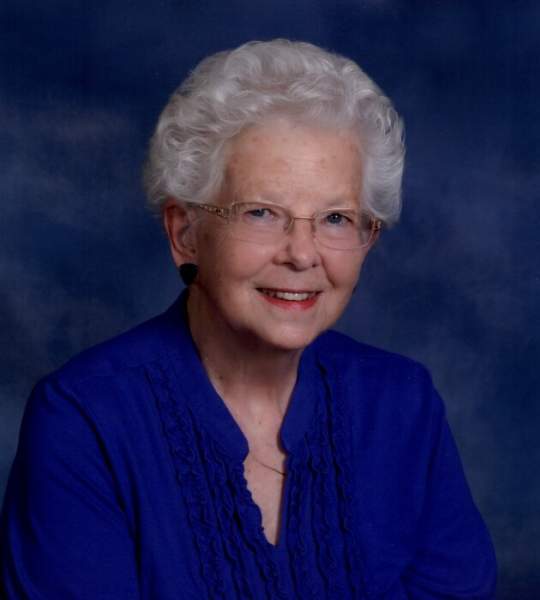 Pat Mischler, passed away peacefully last November 22, 2020, at her home in North Ogden, Utah, due to complications from pulmonary hypertension. She was surrounded by her immediate family.

Pat was born in Meadville, Pennsylvania, the oldest of three daughters. She lived in Meadville during her youth, and split her city life, with life on the farm, often staying with her grandparents during junior High and high School years. During high school, she was an active member of the Miramar Club, and graduated in 1947.

After high school, she attended the Meadville City Hospital School of Nursing where she graduated three years later as an RN. (Registered Nurse)

Pat married her high school sweetheart, Harold Mischler in May of 1951, at Grace Methodist Church in Meadville, and they enjoyed 67 wonderful years together. They first moved to Madison, Wisconsin, where Harold was stationed in the Air Force. After Wisconsin, Pat and Harold moved back to central Pennsylvania, before moving west, in 1965, to Ogden, which they have called home.

Patricia was a fulltime housewife by day and worked in various hospitals at night. She ended her nursing career in the 80’s as a pediatric nurse at the Ogden Clinic.

After working and raising three kids, both Pat and Harold traveled extensively for 30 years, including two trips to Alaska, a European tour, and numerous trips around the US to visit family and friends. One of her favorite vacations was visiting the California desert communities of Indian Wells and La Quinta, a trip she made twice a year for 30 years. Pat and Harold also attended the opening and closing ceremonies of the 2002 Salt Lake Olympic Winter Games.
Pat loved basketball and was a huge Utah Jazz fan, loyally cheering them on season after season.

Patricia was an active member of the Ogden First United Methodist Church for over 50 years. During that time she served on several church committees, United Methodist Women’s Group, and served as a Lay Stephens Minister. She also volunteered weekly at the Ogden Rescue Mission for over 20 years, assisting in the pharmacy.

She was preceded in death by her sister Carole Choffel (2005), husband, Harold Mischler in June 2018, and her son David Mischler, in October 2018.

The family would like to thank Applegate Home Care and Hospice and specifically, Gina Price, Natalie Osborn, Valerie Larkin, Dan Horton, Joe Perry, Adolfo Carrales, Alexia Williams, Christine Hunsaker, and Daisy Mendoza, for their passionate and personal end of life care. Thanks also to the Visiting Angels and specifically Alma Kaneshiro for her many hours of loving companionship to our mother and compassionate assistance for Karen.

Because of COVID-19 restrictions last year, a Memorial Service will be held this Thursday, August 5, 2021, 11:00 a.m. at Leavitts Mortuary 836 36th Street Ogden, Utah so relatives and friends can attend and pay their respects.

To order memorial trees or send flowers to the family in memory of Patricia Jean Mischler, please visit our flower store.