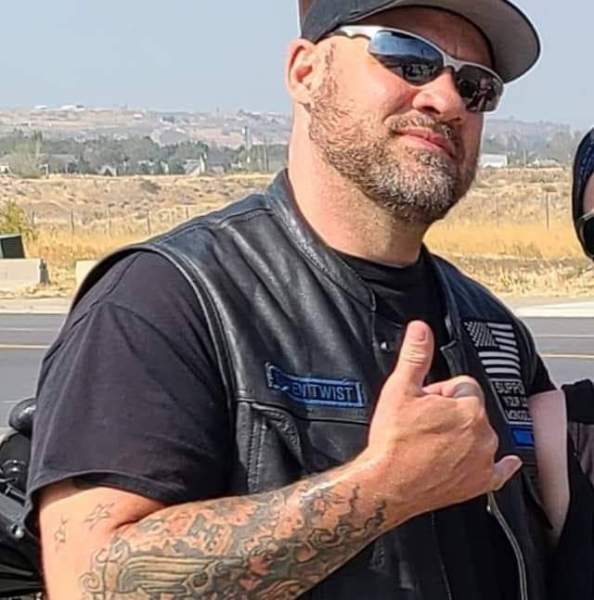 Paul Elliot Evans, age 49, died unexpectedly on November 9th, 2020.  Paul was a lifelong resident of Utah and most recently lived in the North Ogden area.

Paul was born in Murray, Utah on December 9th, 1970, to parents Scott and Melody Evans and was the second of four boys in the family.  Paul spent his early years living in Salt Lake City, in the Sugarhouse area, and later moved to Bountiful while still in elementary school.  He remained in Bountiful until he started his own family.

Paul had a personality and energy to him that would fill a room when he walked in.  He was a people person and loved personal interactions with those around him.  This energy and love of people led him to eventually learn and master martial arts in various forms and to teach it to others.  Paul showed a passion for teaching Krav Maga and owned and operated his own studio for ten years. It was a passion that he passed down to his children, at any given time, you could walk in the gym and see him there with his kids and wife.  Paul was a fantastic coach and helped so many students grow and overcome trials through his teachings and leadership.

Paul undoubtedly loved his children. His children have so many fond memories of Paul traveling the country for martial arts tournaments, playing basketball at the park, cuddling up and watching movies together, going to Bear Lake and San Diego, and dressing up and decorating the yard for Halloween. Something his eldest son still does today because of Paul.

Paul married Georgina (Gina) Bangert Evans on August 10th, 2016, who brought much joy and happiness to his life.  Gina brought to this marriage two beautiful daughters who Paul immediately loved as his own.  Paul loved spending time with Gina and the girls, especially outdoors.  Gina was Paul’s forever person; she was the love of his life and she completed him.

Paul loved riding his motorcycle and the freedom he felt while on it.  He and Gina would ride together along with many friends, who have now become family through a local biking club, Seven Twist MC.  Bella and Danielle loved taking rides with Paul and it meant the world to them.  Paul wore his motorcycle patch proudly as a symbol of his brotherhood & friendship with those he knew there.  This meant a lot to him over the past four years.  As his body began to hurt from all the years of martial arts, he found that riding the bike brought him relief to both body and soul.  This pastime, and these friends, were a source of great happiness for him.

There are many people who loved Paul and his family and friends will miss him dearly.

A viewing will be held for family and friends at Leavitt’s Mortuary, located at 836 36th Street, Ogden, Utah, from 12pm-3pm, on Saturday, November 14th.

Due to COVID-19 Masks are required for attendance to viewing

A Memorial Service will be held at a later date when friends and family can safely gather in larger numbers.

We love you, Paul!

The family would like to share the following resources with those struggling with suicidal thoughts or tendencies.  Remember you are loved!

To order memorial trees or send flowers to the family in memory of Paul Elliot Evans, please visit our flower store.