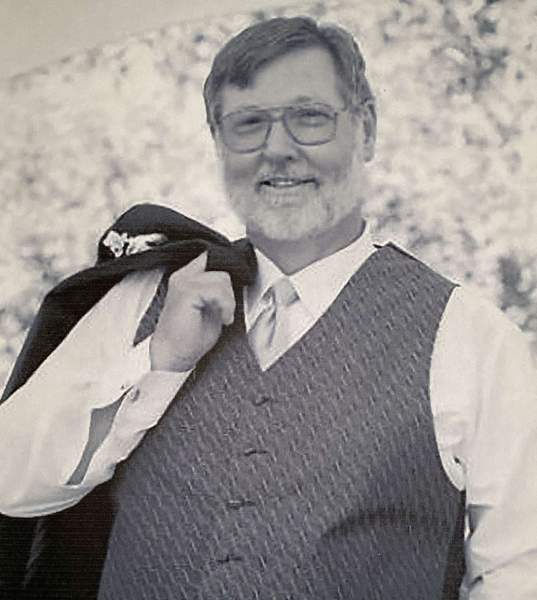 He proudly served in the United States Coast Guard for four years as an electronics technician, second class. He married our mother, Katheryn Rasmussen and had five children, Staci Lynn, Casey, Brenda, Greg and Amy. They later divorced.

He worked at Hill Air Force Base inspecting nuclear missiles and then transferred to different states, including Texas, Wyoming, and others. He retired in his 50s and set about doing the things he loved: golfing, fishing, backpacking, camping, shooting his longbow, taking pictures, riding his Goldwing motorcycle and charming the ladies.

Here are just some of the things we love and will remember about our Dad and grandpa. When he was young, he was so handsome and looked like Clark Kent— tall, almost black hair, hazel eyes and those glasses. He taught us all how to fish. He taught the older kids how to shoot a compound bow. He learned karate and there always seemed to be badly dubbed “Kung Fu” shows on the “boob tube.”

He had a great laugh. He could sing. He was a square dancer and everyone loved to partner with him. He always had a girlfriend who could be “the one.” He was a “Gunslinger” when he lived in Wyoming. He would dress up like a cowboy with spurs, holster and leather vest and put on a show with the other Gunslingers. He usually played the “Judge” who sent the bad guy to jail, who later escaped and they’d have a shootout. He loved potato salad, peanut M&Ms, orange slices and Dr. Pepper. His mantras in life, “Go for happy” and “Hakuna Matata.”

Dad, we just wanted more time. More memories. One more time to two-step, one more camping trip, one more everything. We know you felt loved, wanted and supported for the short time you lived here with us. That’s our only comfort. You are missed, Papacita.

Paul is preceded in death by his parents, a brother Jerald, and a daughter Staci Lynn.

A memorial service will be planned at a later a date.

Condolences may be left for the family at www.leavittsmortuary.com

To order memorial trees or send flowers to the family in memory of Paul Lester Hann, please visit our flower store.