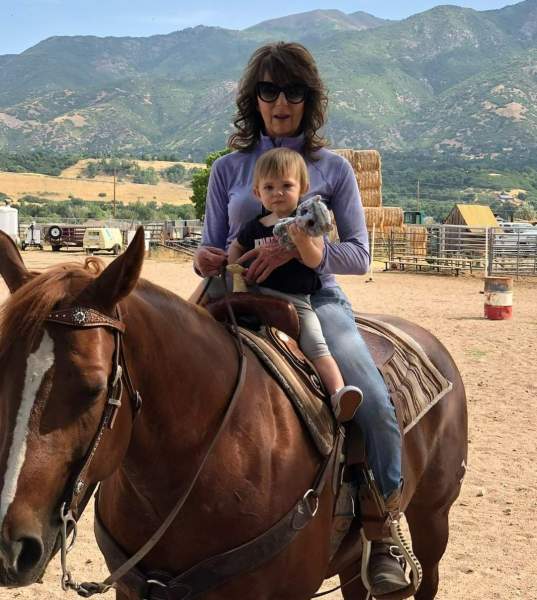 Paula Vergie Volpi (nee Cass), 63, of Ogden, passed away on March 30th in the afternoon from complications related to cancer.

Paula was born on December 4th of 1958 to Paul and Alice Cass in Ogden, Utah. Paula graduated from Ogden High School and attended Weber State University to study English.

Paula married Harvey Blamey and had a daughter, Erika Blamey, born in 1983. Paula's son, Scott Nielsen, would be born eight years later in 1991 with her second husband Ross Nielsen.

Paula married Raymond Volpi in 2004 and became stepmother to his three children, Josh, Megan, and Kaydee.

Paula's greatest passion in life were her horses, a passion she carried from when she was a child all the way until her final days. She was fiercely political, a lifelong democrat, and collected Ford Thunderbirds. All these passions she inherited from her father Paul and Aunt Vergie.  The only thing Paula cared more about than her horses were her children. She was always their fiercest advocates and greatest supporter.

Paula was predeceased by her father Paul and mother Alice. She is survived by her sister Sulinda, husband Raymond, daughter Erika, son Scott, stepchildren Josh, Megan, and Kaydee, and granddaughter Skye.

In lieu of flowers, the family requests donations be made to the American Transplant Foundation, in honor of Paula's own kidney transplant that gave her 24 more years of life.

To order memorial trees or send flowers to the family in memory of Paula Vergie Cass Volpi, please visit our flower store.