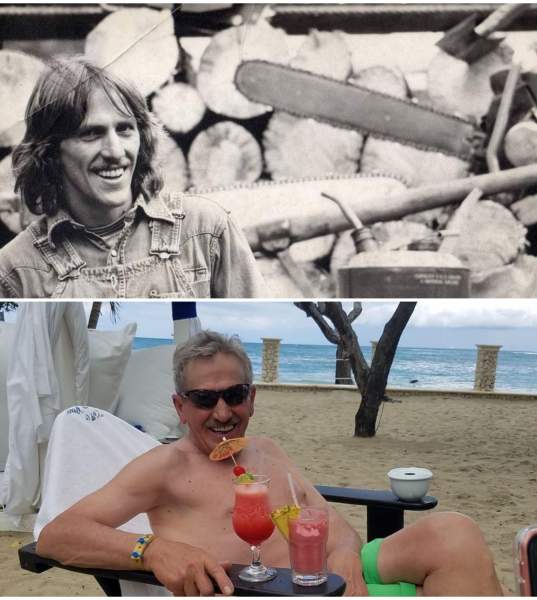 Ralph Andrew Hill passed away on May 10, 2021 peacefully at home.

In true Ralph fashion, he did it his way, smooth and easy, and topped it off with a one-finger salute to cancer! Ralph was born and raised in Ogden, Utah to Ralph Sims Hill and Maralyn Olive Pace and was the third of eight children.
Growing up he quickly developed a passion for golfing, skiing, and fishing. After honing his skills in Ogden, he relocated to Sun Valley, ID where he continued to hit the slopes and greens, lived his best life, and made the greatest friends. During this time, he became an accomplished carpenter and took pride in his finish work. For someone so laid back he certainly never lacked for a good four-lettered word when he was working, if things weren’t perfect.
Ralph did enjoy fishing… however he never was one to catch and release unless of course, it was for a wife, the three that were caught were all lovingly set free… Ralph had one daughter who he shared a special bond with and is sure to get scolded for this obituary. I can see the disappointed head shake with accompanied under the breath chuckle and smirk now.
After returning to Utah Ralph continued to work in construction and briefly as an electrician. After retiring he took on a seasonal job with the Bear River Duck Club. Although hesitant to take the position it was a blessing. He thoroughly enjoyed his time there and developed some truly great friends and made many memories.
Ralph was preceded in death by his parents, brother Greg and sister Susan.
He is survived by his daughter and favorite son-in-law Alice and Shane Welsh, his true pride and joy granddaughter Peyton, brothers; Jeff, Tom, and Tim Hill, sisters; Ione Singleton and Carolyn Hobbs, and his faithful four-legged friend Maggie.
We were blessed with the best in this guy and although we are sad to see you go, we know we will see you again tokin and jokin on the tee-box in the sky. Love you Dad!

To order memorial trees or send flowers to the family in memory of Ralph Andrew Hill, please visit our flower store.