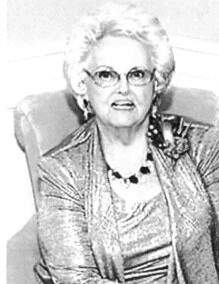 She worked as a dental assistant for Dr. Scott Lockhart where she met her future husband, Clayton Gene Furch, who was a patient.

Clayton was immediately smitten, and they were married August 3, 1953 and later sealed in the Logan LDS Temple in 1964.  They were happily married for 61 years prior to Clayton’s death in November 2014.  Clayton and RayAnn were best friends and had a wonderful and hard-working partnership with every project they undertook. Reuniting with him has been her greatest desire since his passing. In her final days Ray Ann was a favorite resident at Fairfield Village Independent Living Center in Layton and was loved and fussed over by many of the staff. She was extremely grateful for their care and friendship.

RayAnn was a devout member of the Church of Jesus Christ of Latter-day Saints.  She served faithfully in many church callings.  She and Clayton served a Mission to the Monroe Youth Branch from 2001 – 2002.

Having a great love for children, RayAnn worked as an elementary school teacher’s aide in the Ogden City School district for many years.  She had multiple callings in the LDS church where she taught and influenced many children.  Even today many still comment on the special memories they have of RayAnn’s influence in their life and learning. She brought joy to all around her with her creativity and artistic skills. She loved to draw and paint – whether painting beautiful oil and watercolor artwork for friends and family, providing amazing scenery for roadshows and other church productions, or creating brightly colored images for her calling as a primary chorister that she had for many years.

Following in her Mother’s footsteps, Ray Ann was an accomplished seamstress.  She sewed many clothes and costumes for her family. In their youth her children always looked forward to the new outfit lovingly sewn for the first day of school each year.

In the Furch home RayAnn made sure every season and  holiday was an event to be remembered, whether it was the delicious food, baked goods and treats, decorations or imaginative themes.  Her husband and children always looked forward to family vacations and camping trips where RayAnn outdid herself making sure that every detail was fun and memorable.

Because of concerns about COVID-19 social distancing is encouraged and the wearing of masks.

To order memorial trees or send flowers to the family in memory of RayAnn Caroline Smith Furch, please visit our flower store.