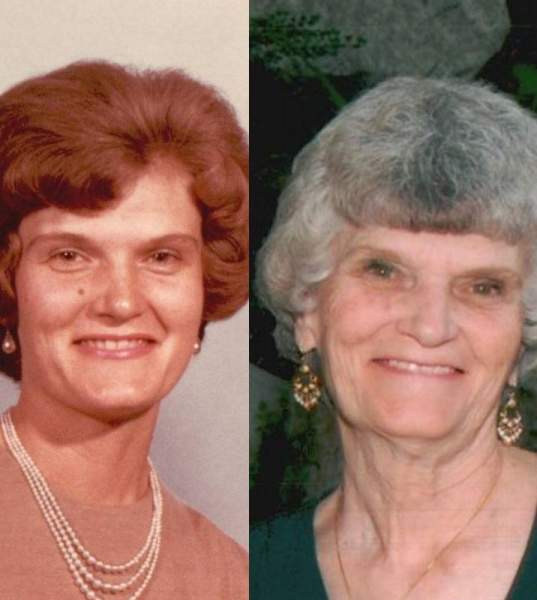 Reta enjoyed her early childhood years on the family farm in Riverdale, Utah. Her family later moved to Ogden, where she attended Ogden City Schools. Reta married at a young age, and she graduated from Ogden High School at the age of 18, with two young sons at her side!

Reta married Carlton R. Schultz on July 7, 1952, in Ogden, Utah. They were blessed with four children: Paul, Dale, Margie, and Loren. They later divorced but remained good friends. Reta married Lupe Colunga on August 30, 1980, in Elko, Nevada. She had so much love for everyone in both the Schultz and Colunga families.

Reta worked for many years as a sales clerk for Farr’s Jewelry Store. She had many loyal customers and made many friends.

Reta was a member of the Church of Jesus Christ of Latter-day Saints, where she served faithfully in many callings. Two of her favorite callings were teaching in Junior Sunday School and serving as a ward librarian.

Reta loved everyone, and everyone loved her. Her home was always a warm and inviting place. She loved to visit with people, and always offered you something to eat. Her home was beautifully decorated with silk flowers and cute knick-knacks, many of them coming from her frequent trips to thrift stores. She was always finding a good bargain she couldn’t resist! Reta especially loved decorating for Christmas, and every room in the house was included.

Reta was always busy helping others. She did countless acts of service for her family, neighbors, and friends. She has lovingly cared for her husband, Lupe, for the past twenty years after he suffered from a stroke that left him partially paralyzed. Reta brightened so many lives, and she will be greatly missed.

The family would like to thank the staff at Sunridge Assisted Living & Memory Care, and Atlas Hospice for their kind and loving care of Reta and Lupe over the past 22 months. We are especially grateful to the Memory Care Unit, where Reta spent her last few months.

Reta is preceded in death by her parents, siblings, and two children: Paul Schultz and Margie Larsen.

To order memorial trees or send flowers to the family in memory of Reta Fife Schultz Colunga, please visit our flower store.