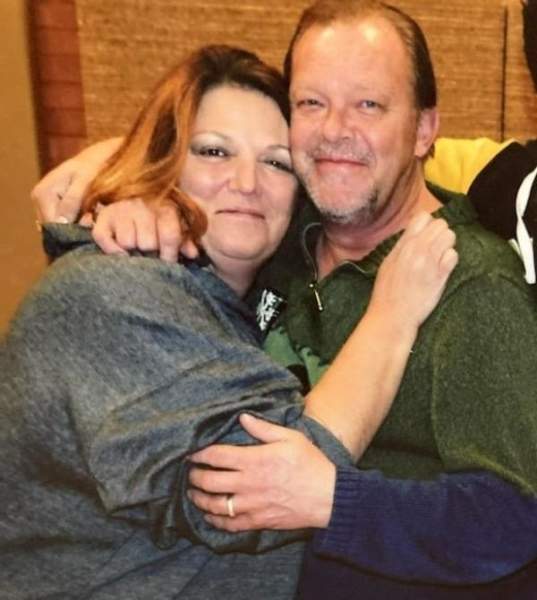 Richard E Cragun, 57, passed suddenly and unexpectedly on Friday May 7, 2021.

He was born January 8, 1964 in Ogden, Utah to Larry H. and Nona Jean Cragun.
He was raised in South Ogden and graduated from Bonneville High School in 1982. He later earned a technical degree from Stevens Henagar College as an operating room technician.
He married Michelle Miller in 1982. Together they had three children, James Richard, Tiffany, and Stacey. They later divorced.
He then married Jessica Jensen in 1993. Together they had two children, Amanda and Bailee. They later divorced.
He then met and married Elizabeth Holden in 2016, who was always there for him and was by his side to the end. They made their home in Pleasant View, Utah and made each other incredibly happy.
Richard enjoyed storytelling, was an avid reader, and was always the life of the party. You could often find him reading a new novel with a 64-ounce mug of Diet Pepsi by his side.
He enjoyed watching the Dallas Cowboys play on Sundays and had a great rivalry with his daughter Amanda. He really enjoyed watching and talking movies with anyone who would listen, especially his children.
Richard is survived by his wife Beth, children Tiffany (Andrew) Willard of Portland OR, Stacey (Adam) Billham of Steubenville OH, Amanda (Wade) Young of West Haven, and Bailee Pirlet of West Haven, grandchildren Nathin and JJ Willard, Abe Billham and an unborn granddaughter, his parents, Larry H and Nona Jean Cragun of Ivins, UT, siblings Bruce L (Lauri) Cragun of Riverdale, Jeanette (Alan) Mooney of South Weber, and James (Stefanie) Cragun of Ogden.
He was preceded in death by his grandparents Cecil Cragun and Gladys Cragun, Edward H and Nona Slade, brother Matthew Cragun, and his son James Richard.
Services will be held on Saturday May 22 from 12:00 - 1:00 at the LDS meeting house located at 2369 N 600 W, Harrisville.
Friends can call on the family from 11:00 - 12:00 on Saturday May 22 at the same location.
A GoFundMe has been set up to help with medical expenses and funeral costs.

To order memorial trees or send flowers to the family in memory of Richard E. Cragun, please visit our flower store.