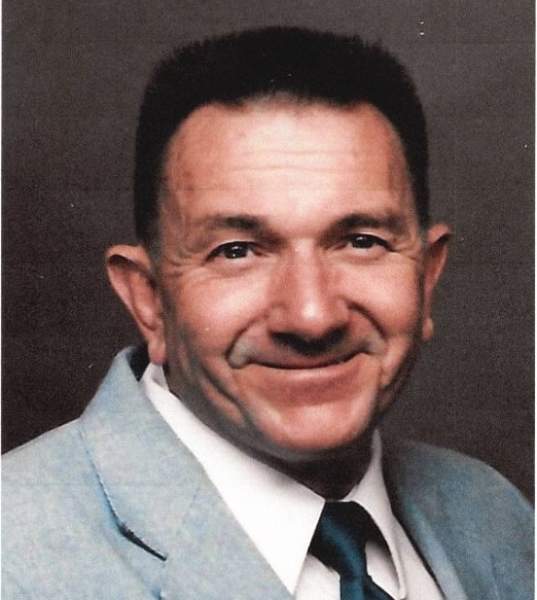 Richard Melzer Vandenberg returned to his heavenly home and loved ones on March 15th, 2022, at the age of 94. He lived a long and blessed life which he attributed to the love of his Heavenly Father. "Dick" as he was known to all who knew and loved him, was born on September 30th in 1927. He told us, his loved ones many stories of the great depression which he had many vivid memories of. He was born in Ogden, Utah and lived there, or in the surrounding area for his entire life.

At the age of seventeen he joined the U.S. Navy and was trained as an A.R.M. or Aerial Radio Gunner. After his discharge he returned home and married the first love of his life Shirley Rae Wilkinson.  They were married on June 5th, 1948. They were the best of parents and raised a family of three loving sons, Richard R., Jerry A., and Vance D. Vandenberg all of whom still reside in Roy.

Richard and Shirley had their marriage solemnized in the Logan temple in 1964 and there began their eternal family. They were married for forty-seven years before his first love, Shirley, was called home by a loving Father in Heaven in June of 1995.

In the spring of 1996 Richard married his long-time neighbor and friend Marian Sheridan, and they began a new chapter in each of their lives. Dick told Marian that he thought he had about 10 good years left that he could give to her if she would have him.  Little did they know that their marriage would last for 26 years. They travelled extensively and enjoyed life together for most of those years only stopping when their years and health made it too difficult to do.

Many times, in my life Dick told me that he had been richly blessed by having loved and been loved by two incredible women during his life. He is a very devoted and loving husband, father, grandfather, and great grandfather. He was and is loved and revered by all who knew him. He is beloved of both the Vandenberg's and the Sheridan's and always will be.

Dick always had a strong interest in automobiles. He had several hopped-up vehicles and enjoyed making them look like one of a kind, always taking great pride in them. Like his father (also Richard Vandenberg), fixing automobiles became his lifelong career.

He began his long career in Collision repair by obtaining a job with Wood Motor Co. then with Fisher Hess Pontiac, both in Ogden.

Dick's father became the first Autobody instructor at then Weber State College and Dick followed after him. In his own words he wrote: "I took great delight in following in my dad's footsteps as a Weber State University instructor in Automotive Collision repair and Refinishing. Between my father and I we taught this subject for a total of 55 years." Many of the Autobody Repair shops in the Ogden area had their beginnings with the efforts of these two talented and revered men.

Dick retired as a full professor from Weber State University in June of 1992 with a Master of Education degree from Utah State University. He was also a state of Utah lcar instructor and member of the U.E.A., U.E.I.A, and S.A.E. organizations.

Dick enjoyed trailer camping with his children and traveling the country with both Shirley and then Marian. Shortly after his return from the war he also had a pilot's license. He was very active in the L.D.S. church and held many positions of leadership during his life.

He is survived by his three boys: Richard R. (Pamelia), Jerry A. (Vickie), and Vance D. (Terry). He also is survived by 8 grandchildren: Corey, Brian, Alisha, Chad, Travis, Hollie, Barry, and Lonnie. His surviving posterity also include 16 great grandchildren. We all love and miss him but joy in his graduation and return home. He is also survived by his sister "Margie"(Boyd) Holbrooke.

He is also survived by his second wife Marian and his entire second family, the Sheridan's, whom he dearly loved as well, to some of whom he was the only "grandpa" that they ever knew.

We all love and miss you Dick, enjoy the reunion with your loved ones in eternity.

To order memorial trees or send flowers to the family in memory of Richard Melzer Vandenberg , please visit our flower store.