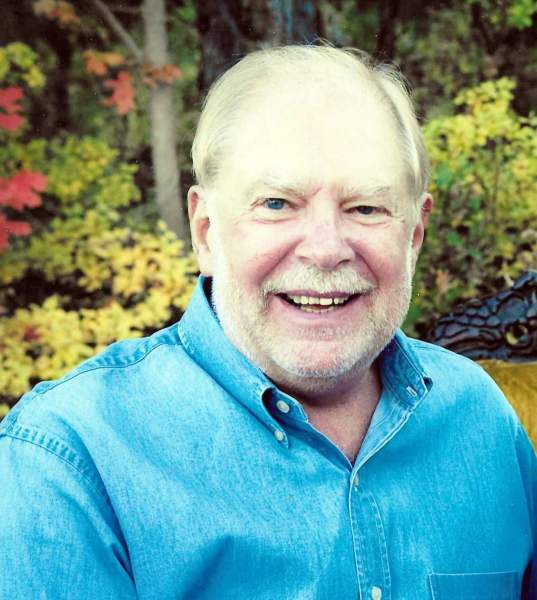 Our beloved husband, father, grandfather, brother, and friend died suddenly in the early morning hours of March 25th. He leaves behind a wife, Nancy, of 34 years, whose heart is broken and crying out to hold him just one more time.

Richard’s legacy is one of loving his family deeply and enjoying all the small things that made his life so rich. He had a cerebral sense of humor, and a day never went by that he didn’t make his wife, Nancy, laugh until she would beg him to stop. He would spend hours in his backyard, high on Ogden’s hillside, just watching wildlife while drinking a good scotch and throwing the ball for Frankie, his mini dachshund; and, Sophie, his Bichon. On the day of his death, 5 deer that we had grown to love, came within feet of the patio, and just laid down, as though they knew he was gone, and wanted to say goodbye.

Born and reared in Ogden, Richard graduated from Weber State University with a B.S. degree in finance and spent his career as a construction manager. The projects he loved the most were: The Delta Center, Franklin Quest Field, and the preservation of Utah Festival Opera and Musical Theatre Company’s Dansante building for Larry Miller and Michael Ballam.

In addition to his wife, Nancy, and dog kids Frankie and Sophie; he leaves behind his sons Marshall and Tucker (Christina); grandchildren Noks and Day; brother Gerrit (Mari); sister Bonnie Stephens (Joan); and brother Ron (Debbie). He was preceded in death by his mother, Maxine; father, Gerrit; and stepmother, Merle. He had many nieces, nephews, as well as grand nieces and nephews who brought joy to his life. Richard would feel remiss, if he did not share his special bond with his son Tucker and nephew, Chris.

There will be no services until a later date when a celebration of his life will be held. In lieu of flowers, please plant a tree or shrub to remind you of him or another loved one. Also, keep those who care and love you deeply, close.

To order memorial trees or send flowers to the family in memory of Richard A. Wolthuis, please visit our flower store.