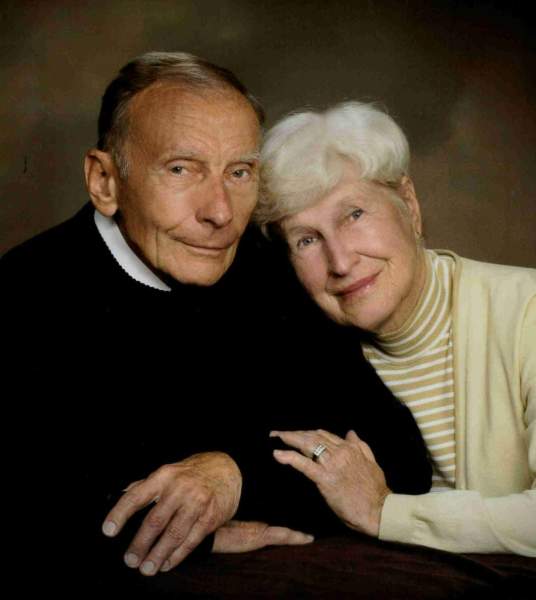 Our beloved Mother, Wife, Grandmother, and Great Grandmother, Rita Briggs Manful passed away on August 2, 2022, at the age of 96. She followed her husband Dwayne just seven months after he passed away. They were devoted to each during their 73 years of marriage, so it was not unexpected that Rita shortly followed him. They worked hard and played hard and set an example of how to live a rich and fulfilling life.

Rita was born in Fairview, Utah April 23, 1926, to Charles Henry Briggs and Hannah Rebecca Anderson. She always felt fortunate to the youngest of five children because she received so much attention. Rita married Dwayne E. Manful June 6, 1949. To this union was born two children, Ann and Rich.

Rita graduated from San Pete High School then moved to Ogden. After she was married, she worked at Utah Concrete Pipe that later became Oldcastle Concrete Products. She was a dedicated employee who retired as credit manager for the Company. She developed a deep respect for the contractors while building lasting friendships. She had the uncanny ability to remain friends while still insisting they pay their bills on time.

She loved people and could make a room light up with her smile. Rita was authentic. She always wanted to know the details of people's lives. There were never any strangers when Rita was around. She has an especially strong influence on her two grandsons, Eric and Hank. She liked to listen to them talk for hours. She easily built a trusting relationship with her grandsons and other people. She always had kind things to say to people with genuine sincerity and concern.

Rita started skiing in her mid-twenties when Ann and Rich started. She became an excellent skier. This became a family sport that was enjoyed together every weekend. She worked on several events in preparation for the 2002 Winter Olympics. She joined the others in the family by volunteering in hospitality for the events at Snowbasin. She would always go the extra mile to make people feel welcomed and valued.

After she retired, Rita took up bicycling with the husband, Dwayne. She became a mileage junkie. She tracked all her biking miles and was always trying to get more. Later Rita and Dwayne rode a tandem bicycle and could be spotted daily in the western roads of Weber County.

For the past few years, Rita suffered from Alzheimer's. Even with Alzheimer's she had a cheerful attitude and a bright smile. She lived the last six months at Hidden Valley Care Center where the staff enjoyed her smile. They treated her so kindly with respect and dignity. Even in her last days, she would tell another resident or a staff member that she liked their shoes or their hair.

She is survived by her daughter Ann Miller and son Rich (Reeta); grandson, Eric (Caitlin); and great-granddaughter, Alice.

She was preceded in death by her husband, Dwayne; son-in-law Alan Miller; grandson Hank Manful; and four siblings.

In lieu of flowers, please donate to the charity of your choice.

Think of Rita's warm smile as you enjoy your friends and family.

Arrangements under the care of Leavitt's Mortuary.

To send flowers to the family in memory of Rita Briggs Manful, please visit our flower store.