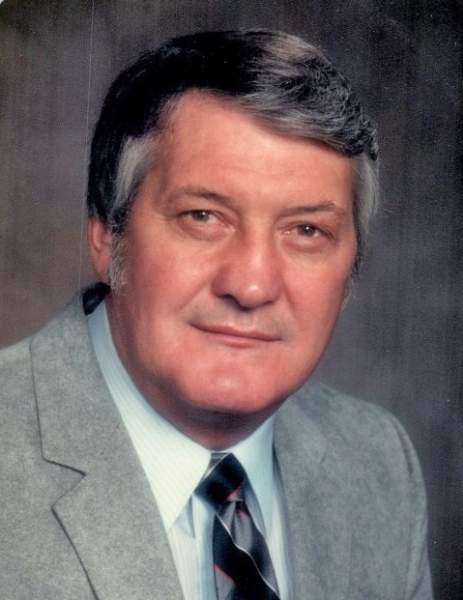 In the early morning hours of Wednesday, October 7, 2020, there was a huge hole left in this world where Robert James Subic, husband, father, papa, and world's best friend once stood. He passed away at his home in Riverdale, Utah from complications with Restrictive Lung Disease.

He was born in Rock Springs, Wyoming on May 23, 1934, to Frank and Blanche Subic. He had one brother, Frank Subic Jr.

Bob grew up in Superior, Wyoming graduating from Superior High School in 1952. There he lettered in Basketball and Football and was awarded the Who's Who in High School Athletics. This led to an athletic scholarship with Weber State in football, basketball and softball. He attended WSU from 1953 to 1955 earning titles such as "Hot­ Shot", "Big Gun" and "Outstanding Athlete”. He did not earn a diploma but instead a lifelong love and service to WSU. In the early 70’s he served, under the close supervision of the then A.D., Gary Crompton as the Wildcat Club President and Ambassador to the WSU football team. Through this service to athletics, he acquired and maintained several lifelong friendships with people who became family. He also through this time acquired several different names such as "Bobby Butch", "Buster" or "The Polish Prince ". He was inducted into WSU's Athletic Hall of Fame in 2013.

He was proud to serve his country, joining the Army in 1958. Again, serving in his way - he played basketball for the Army in Korea earning more titles and setting new records. He was discharged with honors in 1961.

After the Army, he returned to Ogden and married Marian Piz in 1964, and again on May 16th, 2015 where they renewed their vows at St. Mary's Catholic Church. They have two daughters, Lisa (Richard) Cummings and from Marian's previous marriage Christy Hatley.

Bob worked and retired from E-Systems in 1993 where he was the Product Support Manager. There he was able to travel the world and many times taking his best buddies with him to share in the gifts other countries had to offer.

Bob played basketball and softball well into his 30's and when his knees would not let him play these sports he coached little league and when all was lost - he took up golf, much to the dismay of his many friends. But in true Buster fashion, he was soon running fundraisers, golf leagues, and tournaments such as The Polish Open.

He was the life of the party with his stories and humor be it the adults or kids. Many times, did we answer the door to the next-door neighbor's kids asking if "Bob could come out and play"?

He was preceded in death by his parents and great-granddaughter Courtney Ryann Lynch.

Our family would like to extend our deepest appreciation to Holly at Bristol Hospice Center for all her loving care and of course the needed humor to take care of Bob.

A Celebration of Life will be held Wednesday, October 28th at Leavitt's Mortuary 836 36th Street, Ogden, Utah from 4 to 6 pm.

In lieu of flowers, the family asks that you donate to Primary Children's Pediatric Cancer Research Center.

To order memorial trees or send flowers to the family in memory of Robert J. Subic, please visit our flower store.