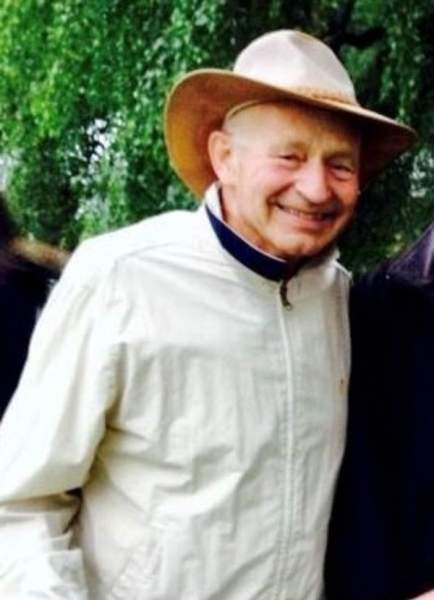 Rodney H. Orell, 83, passed peacefully, surrounded by his family, on June 25, 2021. Rod was born in Ogden, Utah on November 5, 1937, to Ortel and Charles H. Orell. He was a lifelong learner who graduated from Ogden High School, Weber State College, and the University of Utah. He received his master’s degree in mathematics from Penn State University in 1970.


Rod was a quiet and gentle man. He was a man of integrity who adamantly displayed the courage of his convictions. He proudly passed his most endearing quality (stubbornness) to his entire bloodline. We lovingly refer to this trait as, “Orellin’ it!”

In recent months, he had become quite the comedian who kept his friends, family, and exceptional caregivers laughing. As an avid outdoorsman, he loved to ski and golf. He enjoyed spending time at the cabin he built with his wife in Bear Lake. Rod had many occupations in his lifetime. From roofer to contractor, lifeguard to railroad worker, there was not much that this man could not do, and there was nothing that he was too proud to try and learn. In addition to raising a beautiful family with his high school sweetheart and wife of 63 years, Joan Staker Orell, his proudest accomplishments occurred during the 27 years he spent as an educator and coach at Ogden High School. He often fondly reflected on the days that he was privileged to spend teaching about his greatest passions: football, wrestling, and mathematics. Rod went on to retire from the IRS after his career at Ogden High, as he was never any good at sitting still.

Rod is survived by his wife, Joan Staker Orell, his brother and sister, Carolyn Shappart and Dean Orell, his children, Rhonda and David Shepherd and David Orell, his grandchildren, Sloan, Khylie, Aly, Chris, Slade, Joe, and his great-granddaughter, Jauslyn.

He was preceded in death by his daughter, Kathie Orell.

We send our deepest and most sincere thank you to his care team from Independence Health Services: Shanna, Lindsay, Cory, and our beloved Marcie. Words truly cannot express our gratitude and appreciation for the exceptional and dignified care that you provided. You brought joy to his life with each and every visit.

Per Rod’s request, there will be no memorial service. He will be honored during a private family celebration of life at a later time.

In lieu of flowers, please thank an influential educator in your life and play a round of golf with the people that you love.

To order memorial trees or send flowers to the family in memory of Rodney H. Orell, please visit our flower store.