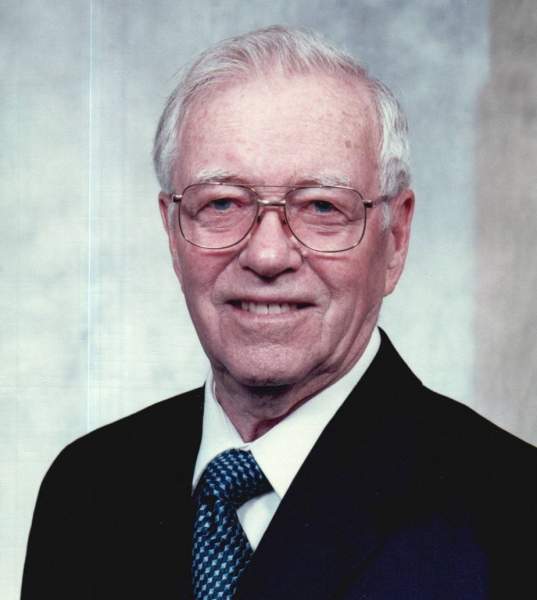 The family moved to Grand Island, Nebraska in 1923 where he attended Grand Island Public Schools and graduated from Grand Island High in 1938. He was the middle of three brothers. He started working for the Union Pacific Railroad in 1939 in Grand Island as an apprentice Carman. He transferred to Ogden in 1957 and retired from UPRR in 1980 as a Master Car Inspector.

He joined the Army Air Corps a month after Pearl Harbor and was assigned to B-24 aircraft and served in the Pacific Theater with the 7th Army Air Corps. He received numerous awards including the Air Medal and Distinguished Flying Cross.

He married Helen Rose Mullen in 1944 in Pueblo Army Depot Chapel, Colorado. She died in 1985.

He was a lifetime member of the VFW Post 1347, BPOE Elks Lodge 719, FOE(Eagles) Aerie 2472- and 50-year member of Unity Lodge #18, York Rite of Freemasonry, and El Kalah Shriners. He enjoyed fishing, bowling, family, and gambling in Wendover.

Military Honors by VFW Post 1481. Service by Episcopal Church of the Good Shepherd, and Masonic Graveside by Unity Lodge #18.

The family wishes to thank the staff at George E. Whalen Veteran's Home and Bristol Hospice for their care and compassion.

Donations may be made in Tonk's name to Good Shepherd Episcopal Church or intermountain Unit of Shriner's Hospital for Children in Salt Lake.

To order memorial trees or send flowers to the family in memory of Rollan Thomas Tonkinson, please visit our flower store.