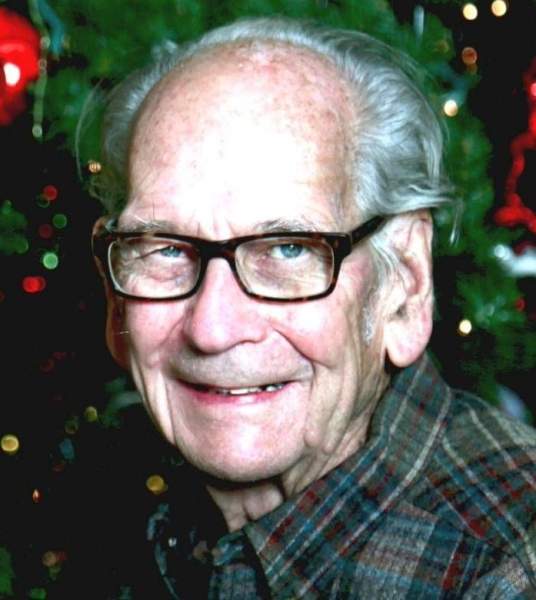 He graduated from Weber High in 1948 and attended the University of Utah in 1951. Seth married his high school sweetheart Arlean Bambrough in 1951 and were married over 70 years.

Seth passed away on Thursday, January 13, 2022, after suffering a stroke.

Seth started working at the age of 14 at JL Parker Upholstery; bought the business and ran it until he retired at 84. For over 70 years he worked a job he loved. He liked cars and did the upholstery work on many that ended up in car shows. Whenever he wanted to attend one, we would all moan and groan because he went in and never came out. He could spend hours looking at the cars.

He loved Ogden and believed in giving back and supporting the community he made his living in.

Seth had a strong work ethic and believed in working hard and playing hard. When we were kids we spent many weekends camping and boating at Twin Lakes in Idaho. Once we moved to South Weber, we started spending each weekend from Memorial Day to Labor Day at Echo, for almost 50 years that lasted. So many fun memories! He and his friend Renaldo Harper spent hours pulling people behind the boat. He taught all of his kids how to ski and many of their friends and then started on his grandkids. Seth and Naldo cooked for the group and after Renaldo’s death, he put down his spatula and said his cooking days were over.

Besides his wife and kids, he loved old western movies and music, especially yodeling. His idea of a good time was to turn on yodeling and turn it up as loud as possible then torment and wake us and all those around us.

After he retired he could be seen driving around Ogden in his lime green truck with his dog Roscoe by his side.

He taught us about money; to pay yourself first, minimize your debt, to keep your word and to be honest in your dealings. We were so lucky to have had the childhoods we had. We never doubted our parents love for us or their love for each other. Our dad missed our mom so much, what a glorious reunion.

He is survived by his daughters and son; Delene Hyde, Tauna Blair, and Kevin Blair, 14 grandchildren, 22 great-grandchildren, and he was eight months away from being a great-great grandpa; and his sisters Karen Lofgreen and Margaret Favero.

We would like to thank the loving and caring staff at Avamere and Inspiration Hospice. Living at Avamere enriched his life so much, he told us many times about how much he liked it and how he loved his apartment. They certainly made his life easier and less lonely. We are very grateful to them for that.

To order memorial trees or send flowers to the family in memory of Seth Blair, please visit our flower store.