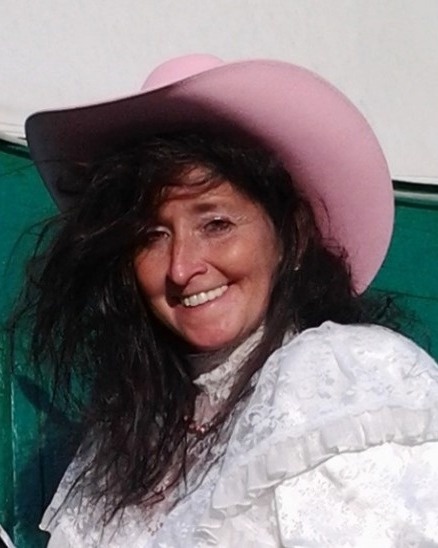 Sherri Lee Tatton, 59, left this earth on September 14, 2022. She was born October 28, 1962, in Ogden Utah to Nadiene (Finch) Cummins and Richard Alan Finch. She spent her early years living in Ogden and then in Plain City where she enjoyed riding horses in Jr Posse and the animals she helped raise there.

She moved to Riverdale in 1977 when her mom married Donald Cummins.

Sherri had a passion for costumes and opened Costume Castle at a very young age right after high school. After marring Bart Tatton in 1994, together they reopened a new store in Layton called Costume Castle and Crafts. She was well-known for helping schools and local theaters with their productions and events. She helped many others with costumes for holiday festivities, and numerous events. She was on the Street Festival Committee in Ogden organizing events for several years. She was always active in her community and ran for several offices including State Senate District 21, House District 15, and Layton City Council.

Sherri had 5 children Jesse Cummins, Jason Cummins, Kristina Hunter, Tyler Tatton, and Darren Tatton. Sherri and Bart Tatton had many adventures together and traveled to Egypt, Canada, and Mexico among other places. She enjoyed many things; camping, hunting, fishing, time in the mountains, their various animals, and trips to see shows at Tuacahn in Southern Utah.

She was preceded in death by her Mother Nadiene Cummins.

Funeral Services will be held on Thursday, September 22, 2022, from 1-2 p.m. at Leavitt’s Mortuary in Ogden, 836 36th Street followed by a graveside service in Huntsville.

To send flowers to the family in memory of Sherri Lee Tatton, please visit our flower store.