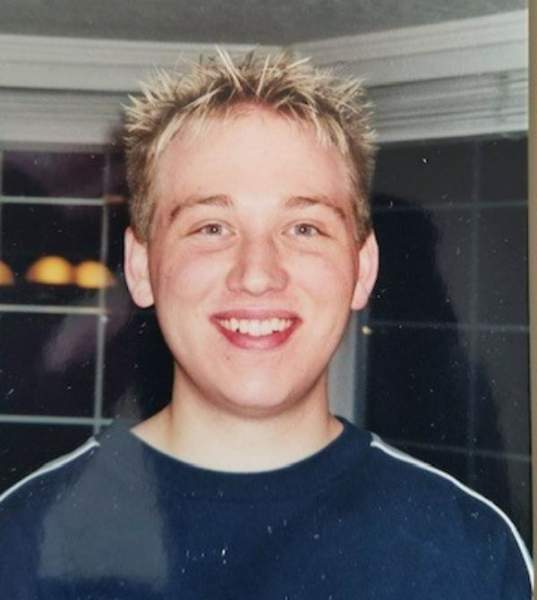 Shon Riley Sorensen, 39, passed away after a courageous three-year battle with colon cancer on February 7, 2022.

He was born June 2, 1982, in Ogden, Utah to Ted and Kathy Sorensen. He was raised in Harrisville, Farr West and currently resided in South Ogden. He graduated from Fremont High School.

Shon was the oldest of three siblings. He was the best big brother and protector and the best son we could ask for. He would do anything for anyone despite struggling with his own disease. He never asked for one thing and didn’t want any attention on himself. He made everyone feel loved and important.

He loved his four children, yes - cats but they were his children (Mila,Stella,Sophie and Emma), his crystal collection and spending time with his best friend, his mom. He loved to cook, try new foods, play games on his computer, going to concerts and movies. He loved animals, every dog or cat he met was the cutest thing he’s ever seen (with a lot of extra dramatic words added). Shon was hilarious and his laugh was so contagious.

He was currently employed at Dominion as a senior gas controller and loved his job and co-workers as they did him.

Shon’s death is a huge loss to our family, and we will miss him every second of every day. We find peace knowing he is free of pain and suffering and know he is reuniting with his grandma Maxine who he loved so much. He was an angel on this earth and is now our guardian angel. We love you forever and always.

Shon is survived by his parents Ted and Kathy (Kelly), his sisters Teddi and Kiley (Perry), his step siblings Cami, Julie and Jeremy. Also, his nieces Jaida, Kendal and Riley and nephews Nash and Bentley. He is also survived by his special aunts and many family members and friends.

He is preceded in death by his grandfathers; Neal Rasmussen, Charles Sorensen, Jack Conolly and Grandma Maxine Rasmussen, his aunt Voni Devries and cousin Joey Willard.

The family will hold a private graveside service at a later date.

To order memorial trees or send flowers to the family in memory of Shon Riley Sorensen, please visit our flower store.