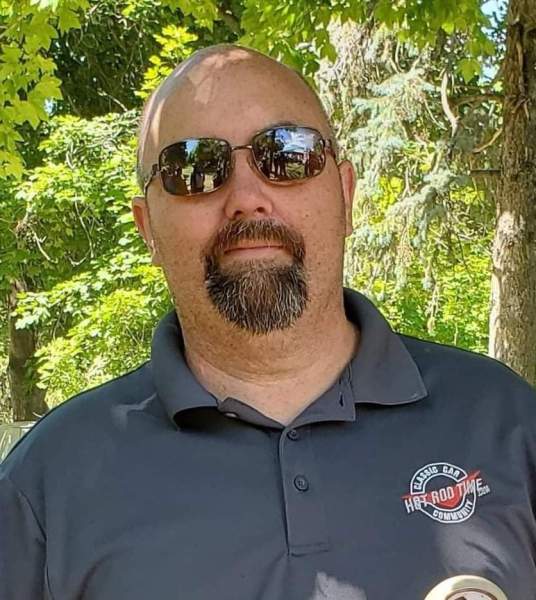 How does one wrap up 51 years of a human life, with extraordinary strength and love. One that asks nothing in return, to be the one person behind the scenes expecting no credit for his achievements. That man is Steven Patrick Fern (Steve)! How would one successfully explain the unwavering commitment, strength and love of a single human being, who valued every single person he came in contact with? One who shares his witty, carefree and goofy sense of humor. One whose dedication to his family, a devotion so deep that it would be the inspiration for a generation of people. Steve passed away on October 7, 2021.

Steve was born in San Antonio, Texas in September 1970. Steve is survived by his wife of 28 years (Candace Fern), daughter (Ashley Fern), parents (Judson and Barbara Fern) , two sisters (Shari Cornelison and Tamara Tilley), brother (Kevin Fern), and several nieces and nephews. Steve met and fell in love with his soulmate Candace (Candy) Saracino in 1993. Steve and Candy have one daughter together, Ashley Mae, in 1994.

Steve was a long-term resident of Roy, Utah and an avid community fixture who worked with the Internal Revenue Service, a career spanning over 20 years. Steve’s passion in life was first and foremost his family. His dedication to charity and community involvement led him to create a globally known Car Show and Hot Rod community, with millions of dedicated followers. Steve created Hot Rod Time in 1998 at the infancy of the internet revolution. His dedication to his craft was evident because of the thousands of friends he made throughout this tenure. His commitment to several Children’s Charities made opportunities for struggling, sick and disadvantaged children possible.

A private family graveside ceremony is scheduled for Monday October 18, 2021. For those who would like to honor Steve, a Celebration of Life is scheduled for Monday, October 18th from 6:00 - 8:00 pm at t Leavitt’s Mortuary, 836 – 36th St., Ogden, UT. The passing of Steve has left a hole in the hearts of so many people. We encourage you to support his family throughout this difficult time and to engage in charitable work in his honor. Steve will be deeply missed.

To order memorial trees or send flowers to the family in memory of Steven Patrick Fern, please visit our flower store.