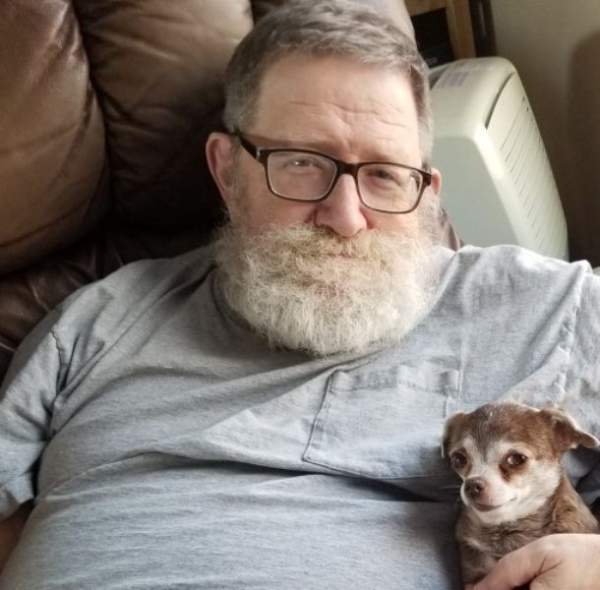 In loving memory of Terry Nelson Langford our loving Brother, Father, and Friend. He was called home on Friday, June 18, 2021, just in time to celebrate Father's Day with his father.

Terry was born on July 16, 1953, to Richard Henry Langford and Marilyn J Nelson, in Richmond, Washington. He grew up as many families do, in service to our country, moving often and learning to love history and travel.
In 1971, acting on his love of airplanes his interest in history and pride in this country Terry enlisted in the Air Force. Shortly after while home on leave from technical college Terry and David attended a fireside. Carolyn Sue, or Susie as she's called, was also in attendance that night. She found Terry and held his hand for the entire evening. It's amazing to know that finding the love of his life was as simple as that for him. From that time on it was just Carolyn Sue. For the occasion of their engagement, Terry marked it by buying two dozen of the most beautifully deep red roses one could find. As well as getting corsages made especially for Susie and her mother. Susie and Terry were married on the 25th of August 1973 in Midwest City, Oklahoma.
All the family celebrated with them on May 27, 1974, one month after being honorably discharged, when Terry and Sue introduced their new little one into the world. In honor of his parent’s anniversary, and much to his father's consternation, they named their new little one Richard Henry Langford II.
Shortly thereafter they made another addition to their small family with the birth of Rebecca Lynn, on the last day of July 1975.
It was just a quick 13 months later, that tragedy struck, changing their small family forever. Rebecca Lynn returned to her heavenly home, and little Rick was moved to be raised by his grandparents. Although this was a tough situation, the love in this family remained strong.
In August 1984 Terry started working in the civil service and eventually was transferred to Utah in 1999 where he continued on in the electronics field which he loved. Through the years he filled his time with additional electronic schooling, being a voracious reader, he enjoyed learning all he could about planes and trains, even going so far as to take flying lessons at one point. Other things that Terry enjoyed an interest in was World War II, history and of course did we mention airplanes?
Terry is survived by his wife Carolyn Sue Langford, his son Richard H Langford II (Jean), his brother David K. Langford, his sisters; Nancy E Hale, Carolyn J Bruner (Mark), and many other various family members.
Terry is preceded in death by his daughter Rebecca Lynn, and his parents Richard and Marilyn Langford.
A Memorial Service will be held on Monday June 28th, at 2:00 p.m. at 6660 South 1775 East, Uintah, Utah 84405.
The Interment will be the following day, Tuesday June 29th, at 2:00 p.m. at the Utah Veterans Cemetery and Memorial Park, 17111 South Camp Williams Road, Bluffdale, Utah 84065

To order memorial trees or send flowers to the family in memory of Terry Nelson Langford, please visit our flower store.