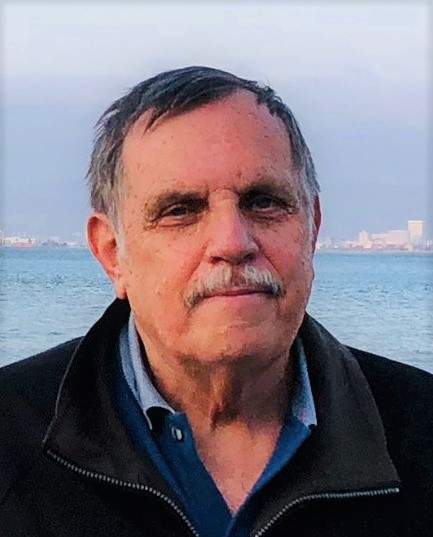 Thomas King Dye of Ogden, Utah, passed away peacefully with his wife at his bedside on the evening of August 6, 2020.

Tom was born in San Francisco (CA) on July 21, 1943, to Walter Brown Dye and Margaret King Dye. Tom spent his childhood in Berkeley, California, then moved to Reno, Nevada, where he attended Junior High, High School and College.  He obtained a Bachelor of Arts in Journalism.

After college, he enlisted in the Army and served as an Intelligence Analyst for three years in Arlington, Virginia, where he had access to top-secret ‘code word intelligence’. Because of this, his request to go to Vietnam was denied

Tom married Barbara Courtney Early shortly before army discharge and then returned to Reno to begin a career in journalism. They were blessed with three children; they later divorced.

Tom began his career writing for the Reno Gazette-Journal and won sports-writing awards, including Nevada Sportswriter of the Year three times. He moved to Las Vegas in 1973 to join the staff of the Las Vegas Review-Journal.

In Las Vegas, he advanced from Assistant Sports Editor to Sports Editor, Business Editor, and Assistant News Editor.  During his tenure at the Review-Journal, he also contributed to business magazines, interviewed many prominent Nevada business and sports figures and established himself as a fixture in the Las Vegas journalist scene.

Throughout high school, college, and adult life, Tom was very active in sports.  He ran track in High School and College and played numerous sports, including football in high school.  He coached softball in the Army, leading the team to two championships. Later, he pitched for the Review-Journal team and they won the most victories in the league.  He also played City League basketball, then took up tennis and won numerous championships while in his 50’s.

Tom married Maria Guadalupe (Lupita) Pena in 2000 and they enjoyed many memorable vacations in Mexico.

Tom was a thoughtful and loyal man who had many friends, some going back to high school.  He loved reading and discussing history and current events.  He was respected and esteemed by colleagues and was a favorite uncle to his nieces and nephews.

After retiring in 2008, he continued writing articles for magazines before moving to Ogden, Utah in 2019 with his wife.

He is survived by his wife, Lupita, two sons, Thomas Kenneth Dye and Allan Edward Dye, and his two grandsons, Bradley Allan Meador and Wesley Thomas Meador.  He is also survived by his sister, Lynn Sutton, many nieces and nephews, stepson Daniel & stepdaughter Roxio, their spouses, and three-step grandchildren.

He was preceded in death by his beloved daughter, Laura Meador, his sister Dorothy Stout and his parents.

We have faith that they are now reunited in God’s grace and love.

To order memorial trees or send flowers to the family in memory of Thomas King Dye, please visit our flower store.