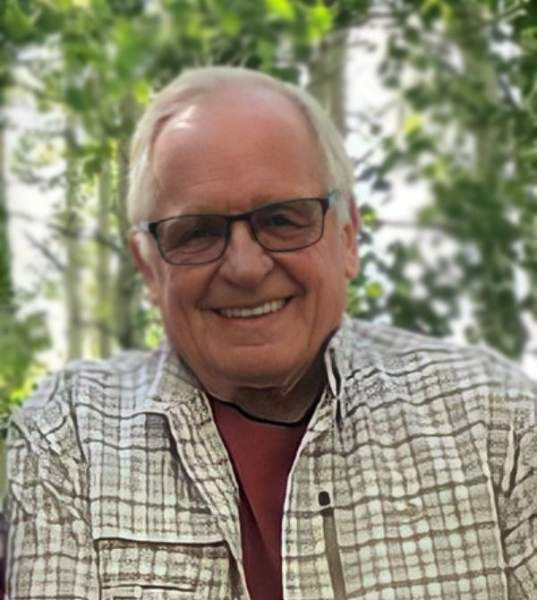 The Episcopal Church of the Good Shepherd

Tom was born in Salt Lake City on February 4, 1943, son of the late Mob and Muriel Hardy. He worshipped his father and wanted to be a banker just like his dad. The family moved to Ogden in 1948 and his father passed away a few years later.

Tom graduated from Ogden High School and Weber State and followed in his father’s footsteps and became a banker. He worked at Commercial Security Bank which became Key Bank for 35 years.
He married Lorna Miller in 1963 and was blessed with three children, Lisa, Tom and Nick. Tom and Lorna were later divorced.
In December of 1971 he met Lee McKee and they were married July 28, 1972. Tom adopted Lee’s son
Kevin and they became an instant family of six. Tom and Lee celebrated their 49th anniversary this year.
Tom was a member of The Episcopal Church of the Good Shepherd since 1948. He served as a Vestry Member, Senior Warden, Usher and Foundation Treasurer in those years.
His favorite activities involved the outdoors. He loved to fish and visit the family cabin at Holiday Park in the Uinta’s. In 1989 he purchased a lot in Timber Lakes, Utah and built a log cabin. He had the shell built and along with Lee completed the electricity, plumbing and all the inside construction. He dearly loved all his animals which included numerous dogs and cats over time. Trapper was his favorite dog and Barney was his favorite cat. Going for walks at the cabin with his wife and dog and watching the wildlife was his best life.
Tom quit smoking 18 years ago and drinking 10 years ago. He was proud of both of those accomplishments. He made many wonderful friends in AA.
He loved family vacations and spending time with his four children, their spouses and his 13 grandchildren and 7 great-grandchildren.
Tom is survived by his wife Lee, his children Lisa (Brian) Flannigan, Kevin (Luci) Hardy, Tom (Abby) Hardy, Nick (Shirley) Hardy and his grandchildren and great grandchildren. He is also survived by his brother John Hardy and Sister Joanne Lazar.
He is preceded in death by his parents Mob and Muriel, his sister Liz Hardy Kanemoto and his sister-in- law Sylvia Hardy.
In lieu of flowers please make donations to The Good Shepherd Foundation or Best Friends Animal Sanctuary.
Services will be held at The Episcopal Church of the Good Shepherd, 2374 Grant Avenue, Ogden at 1:00 PM, Wednesday August 18, 2021. Masks are required in the church.

To order memorial trees or send flowers to the family in memory of Thomas (Tom) Gordon Hardy, please visit our flower store.

The Episcopal Church of the Good Shepherd