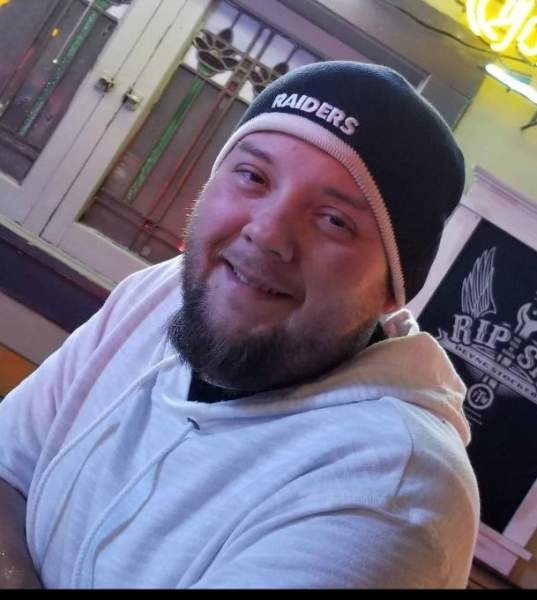 Tino Jay Sandoval, 36, a son, brother, uncle and friend passed away with his family by his side. Tino was a big Raiders fan since he was a kid. He even made it to a Raiders game where he met one of his favorite rappers, Too Short. Tino was also a big Michael Jordan/Chicago Bulls Fan. Tino loved basketball. He helped coach his nephews’ team and made friends for life
Tino had a few jobs, but he really enjoyed being a cook at the Rock Bottom Lounge & Grill.
Tino loved his family and friends unconditionally and would give the shirt off his back. Tino had the biggest heart and was loved by everyone he met. He loved to joke around and make people smile. Tino was a dog lover especially for his Dreboy and his fur-nephews Rocky and Tiny.
Continue to watch over your mom, sister, brother-in-law and especially your nephews and great nephews.
I miss you. A little too much, a little too often, and a little more every day. ~ Tupac
Tino is survived by his mom, Linda Sandoval; sister, Trina (Daniel) Quinones; grandmother, Ilse Vanderhoff; nephews: Daniel, Elias, Cortez, Justin; and five great nephews.
Tino is preceded in death by grandfathers Albert Vanderhoof and Sanistino Sandoval and first dog and best buddy, Dre.
A Celebration of Life will be held at North Ogden Park, 2750 N. 500 E., North Ogden, UT 84414 on Saturday, July 10, 2021 from 12:00 p.m. to 5:00 p.m.

To order memorial trees or send flowers to the family in memory of Tino Sandoval, please visit our flower store.