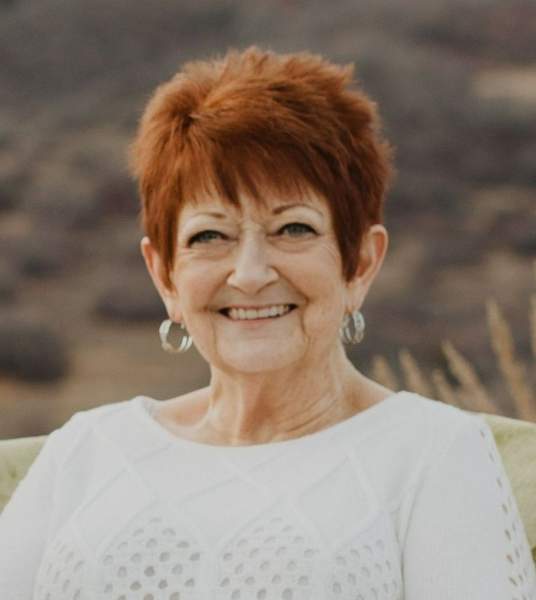 Vicki was welcomed into this world August 5, 1947, to Gilbert and Glenda (Bingham) Lowder in Ogden, Utah. She was raised in Utah and Oregon. She then moved back to Utah after high school to go to beauty school. Most of her career was spent at Weber School District in the bus shop as an office administrator where she met many of her friends. She was an active member in the Church of Jesus Christ of Latter-Day Saints. She loved doing anything arts and crafts, helping anyone who was in need, thrifting, going to Bear Lake in the summer, and most of all she loved spending time with her family.
In 1969 Vicki married Jim Bearde. To this union came the lights of her life, her two beautiful daughters, Lisa & Angie. They were later divorced.
Vicki then met the love of her life, Lloyd Haven. They were married June 3, 2000 and joined their two families as one. She gained four children, Tracey (Brian) Weston, Tony Haven, Brenda (Bob) Nielsen, and Becky (Kelly) Irons, and they blessed her with 18 grandchildren and 19 great-grandchildren. She loves Lloyd just as much as he loves her. He has always been so patient with her, no matter if it was a 4-hour shopping spree or an hour long visit with a friend, he would always wait. Their love never wavered, and their friendship is everlasting.
Vicki was an angel here on earth. She touched every single person she’s ever met. You never had to question the love she had for you because she did it with her whole heart and showed it every second you were with her. There was never a dull moment with her - she was always making you laugh and always had some crazy story to tell you. She impacted so many lives and was idolized by so many, especially the ones closest to her. She was the best wife, mother, grandmother, aunt, cousin, and friend you could ever ask for. We are all so lucky to have had the chance to be a part of her life, no matter how long or how short you were in it. Nobody will ever forget just how spunky and wild she was because she was always having fun doing whatever she was doing no matter what.
“When there ever comes a day when we can’t be together, keep me in your heart. I’ll stay there forever. “
Vicki is survived by the love of her life Lloyd Haven, her daughters Lisa Taylor and Angie Manning, brother Tom (Sherrill) Lowder, her aunt/best friend Renee Eddy, her four grandchildren Brixton Taylor, Hannah (Austin) Zamieski, Sierra Taylor, and Spencer Manning and of course her 4-legged best friend Oliver. She is survived by so many others who love her so much, and who she loves back.
She was preceded in death by her parents Gilbert and Glenda Lowder, and her son-in-law Michael Manning.
Funeral services will be held on Monday, December 13, 2021, at 2:00 p.m. at Leavitt's Mortuary, 836 36th Ogden, Utah. There will be a viewing Sunday December 12 from 6:00-8:00 p.m. and 1 hour prior to services at the mortuary.
Interment at Leavitt’s Aultorest Memorial Park

To order memorial trees or send flowers to the family in memory of Vicki Haven, please visit our flower store.