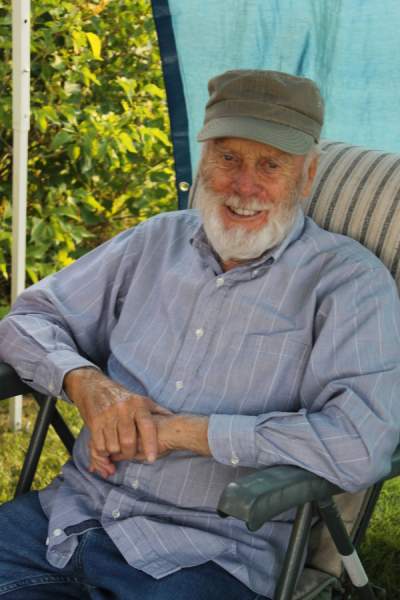 He was born April 12, 1932, to Walter L. and Margaret Bradshaw Hokanson in Ogden, Utah.

He married Lola Ranae Kapp on June 23, 1956. They were later sealed in the Salt Lake Temple.

Walter served in the U.S. Army in the Korean conflict as the B.A.R. man for the 32nd Infantry Regiment, 1st Battalion, Able Company.  He retired from Hill AFB after 32 years of service.

He served faithfully as a finance clerk in various wards of his church for more than 50 years. He was a longtime member of Hooper 2nd Ward.

Walter touched the lives of many people with his quiet humility and life of goodness. He was a very hard worker and always very active, including the day of his passing. He was frugal and exceptionally talented at repairing things.

He had a great love for his family and many people were touched by his kind and gentle spirit. He virtually never raised his voice, spoke negatively of another person, nor failed to see the good in others.  Yet somehow this quiet, peaceful person was the life of every party and delighted all of us with his keen wit and sense of humor. We love you, Dad.

Preceded in death by one son, his parents, three brothers, and two sisters.

To order memorial trees or send flowers to the family in memory of Walter Bradshaw Hokanson, please visit our flower store.