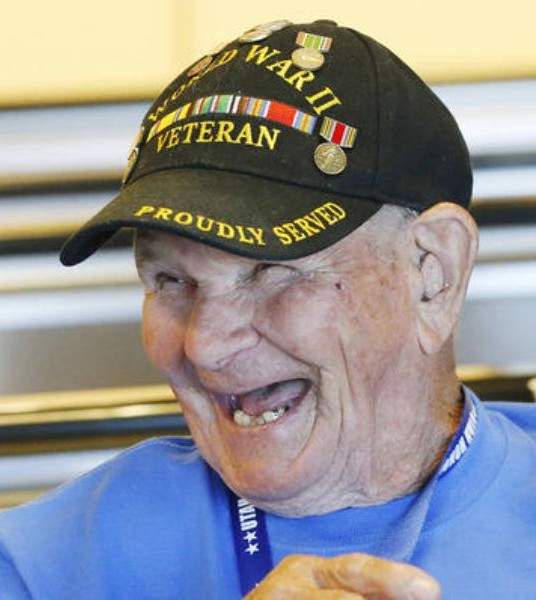 Woody graduated from Davis High School, class of 1936, in Kaysville, Utah. He was drafted into service for the United States Army Co B 314th Engr C Bn, in WWII and served in the China-Burma-India Theater with the Chinese Combat Command. He was a Construction Foreman for twenty-seven months and supervised one battalion of 500 enlisted Chinese Soldiers, with the task of building bridges. He also worked with demolition teams destroying bridges and railroad equipment to prevent capture by the Japanese. Woody received two Bronze Star medals and was Honorably discharged with the rank of Staff Sergeant.

Woody married Betty June Hansen and together they adopted Karen.
After divorcing Betty, Woody married Jean Thackeray Bell, enjoying many years of happiness until her death on March 19, 2002.

Woody was a positive force and influence in our lives, was always smiling, and famous for wiggling his ears and a squeaky “HOWDY DOODY”
greeting! He lived to reach his 103rd birthday and was still chasing the ladies until just months before he passed away peacefully in his sleep, Sunday, September 5, 2021.

He is survived by a stepdaughter, Sandra, and many grandchildren, nieces, and nephews.

To order memorial trees or send flowers to the family in memory of Woodrow Wilison New, please visit our flower store.