Leavitt's Mortuary is family owned and operated – and it shows. Our staff serves the families of Ogden with sensitivity, compassion, and a dedication to professionalism. They are committed to helping you tell your loved one’s story in a way that fits your family’s needs and budget. 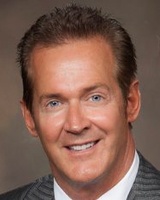 Mike is a third-generation funeral director, following his father and grandfather. He began working in the cemetery at a young age and decided as a teenager to follow his predecessors.

He attended Ogden City Schools, graduating from Ogden High School and attending Weber State University. He graduated from Cypress College of Mortuary Science as a Funeral Director and Embalmer in 1987.

Mike returned to Utah and became President of Leavitt’s Mortuary in 1992. 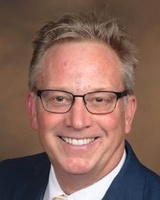 Bret began his interest in the funeral business as a young child when his grandfather passed away in the early 60’s. Incidentally, funeral services were held at Leavitt’s Mortuary (Leavitt’s Chapel of Flowers), the “neighborhood” funeral home.

After college, Bret and Debbie had the opportunity to purchase Wasatch Floral, a local flower shop where Bret had worked since high school. They successfully ran the shop for 16 years establishing deep ties to the Ogden community.

Bret and Debbie sold the flower shop in the late 90’s, when Bret decided to fulfill his dream of becoming a funeral director. He graduated from The San Francisco College of Mortuary Science in 1997, receiving the Mu Sigma Award for outstanding academic proficiency from the National Association of Colleges of Mortuary Science.

While in San Francisco, Bret worked for Halsted N. Gray-Carew & English Funeral Directors. While there, he felt privileged to become educated with worldwide funeral customs. He continues his learning endeavors with his title of CFSP (Certified Funeral Service Practitioner) from the Academy of Professional Funeral Service Practice, and attends regular national seminars with Dodge Chemicals, CANA, and ICCFA organizations.

After returning to Utah, Bret was employed with Myers Mortuaries for 14 years.

Bret joined Leavitt’s Mortuary as manager in 2010. He is actively involved in serving families, updating the mortuary facilities, and designing and developing new properties in our cemetery, cremation gardens, and family estates areas. 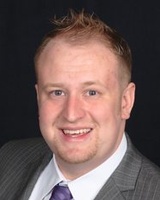 Jace Clark grew up in South Weber and Washington Terrace Utah. Jace is the son of Jan Ray and Curt Clark. Jace graduated from Bonneville High School in 2011. After high school, he attended Weber State University taking courses to prepare for the Mortuary Science Program. He graduated from Arapahoe Community College in 2018 with his Degree in Mortuary Science.

Jace is an active member of Holy Family Catholic Church in South Ogden. He serves on the Parish Council. He is active in the Catholic community.

Jace works at Leavitt’s Mortuary as a Funeral Director and has been employed since November 2014. Jace thoroughly enjoys working for Leavitt’s Mortuary and especially with his esteemed mentor Bret Hines. Jace has wanted to be a Mortician since the passing of his grandparents when he was just seven years old.

Jace loves to lend a helping hand to families when they experience the loss of a loved one. He loves to be active in the community and very much enjoys working funeral services at different churches in the valley and enjoys meeting new people.

Jace is an avid San Francisco 49ers fan and Utah Jazz fan. He enjoys sports and traveling in his spare time. 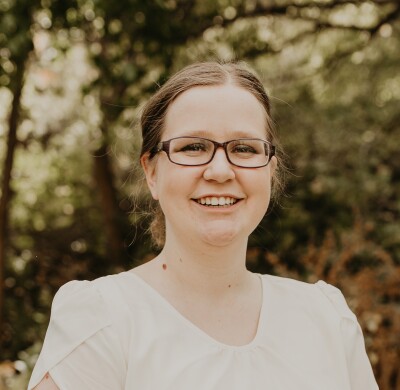 Amanda was born and raised in Uintah, Utah. She is the daughter of Mike Marz and Cheryl Stumm. She graduated from Venture High School in 2015 and left to serve a mission for the Church of Jesus Christ of Latter-day Saints that fall. When she returned from her mission, she attended the Salt Lake Community College and graduated with her degree in the Mortuary Science program in 2020.

Amanda loves to serve others. She grew up in a home watching her parents serve others and followed right in their footsteps. She finds great joy in being able to help others in both the big and small things. She serves in both her church and the community.

Amanda enjoys reading, painting, listening to music, playing video games, and spending time with her family. She especially loves to spoil her niece and nephew any chance she gets.

OVER 90 YEARS OF
EXPERIENCE IN OGDEN