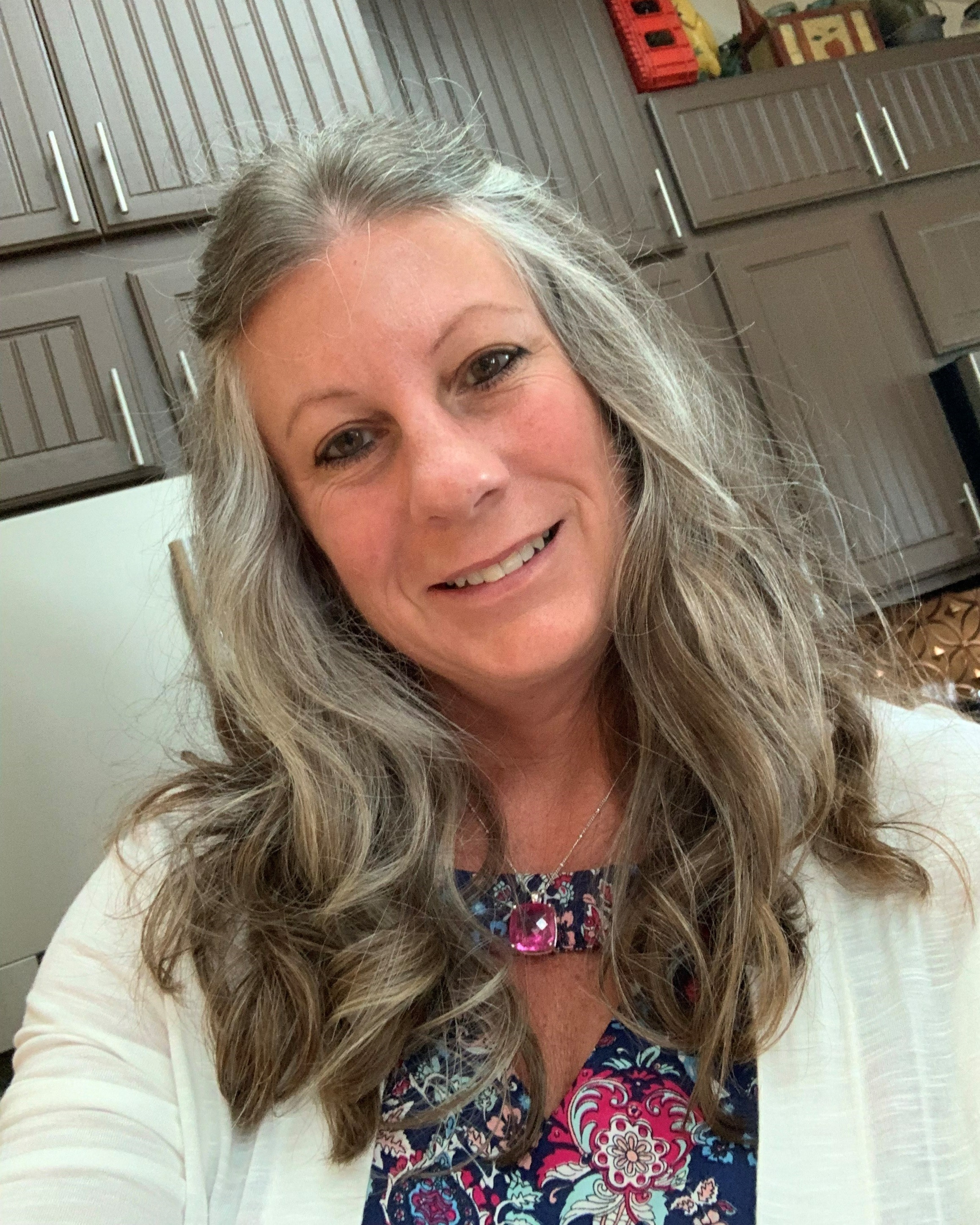 On December 28th Suzy rounded her last barrel and made it back to her heavenly home.

Lyle and Afton were blessed with a second daughter, Suzanne on July 19th, 1970. Born in Ogden, Utah, Suzanne would grow up in South Weber and make it her forever home. There she would discover a deep passion and love for animals, particularly horses. Suzy attended Clearfield High School, joined the rodeo and FFA club. While racing her horses she was also chasing another dream, Curtis Mitchell. In the 8th grade Suzanne made her intentions known to Curtis’s mother that someday, she’d be his wife. The high school sweethearts grew their love for each other for the next several years. After graduation they decided to tie the knot on August 31st, 1989 and spent the next 33 years creating a beautiful life together. In 2002 the family was sealed for time and eternity in the Ogden Temple. Together they built the home of Suzanne’s dreams, where she was free to express herself. All who entered the home were in “awe” with her eye for design, every room looked straight from a magazine. She had décor for all holidays, which consisted of homemade crafts and hand-me downs from moms and grandmas. Christmas was the biggest and grandest of all holidays, her Christmas trees were staple pieces and were nothing short of perfect.

All were given a warm welcome at the door and hugs and kisses were given when you left. Suzanne had one rule to all of us: “let me know when you get home” and if you didn’t, she would call worried sick. Suzanne was the party planner and event coordinator for our rowdy bunch. Our yearly Bear Lake trip, she packed and planned everything, ensuring all were having the best time out at the lake. There was always a reason to have a gathering, which typically was a late night around the fire, swapping stories and enjoying grilled burgers. Suzy had an easy time making friends and claimed many as her family. Although Suzy was a mother to three boys, she was willing to take anyone in and care for them as her own. Another joy in her life was her horses, she joked that many women had a shoe collection, Suzanne’s was horses. Even as a little girl, horses were considered her escape and you’d find her outside with them after a long day of work. Suzanne worked at the Hill Air Force Base for 30 years and was outstanding in her work performance.

Suzanne became a grandma early in life and adapted the role with ease. Grandkids were always cuddled and covered in kisses until they would giggle. She loved them dearly and proudly posted their pictures on social media, constantly teasing her sons she wanted more to love. The grandkids adored their “Grandma Sue” and her willingness to sit on the floor and play.

Suzanne is the guarding angel to her husband Curtis Mitchell: their sons Paden (Taylor) Mitchell, Wyatt (McKayli) Mitchell, Dustin Mitchell (Brookell Kimose) and their three grandchildren: Tage, Coleson, and Harper Mitchell. Included in her watch is their bonus son Justin Patterson and her father Lyle Jorgenson. She was reunited with her mother: Afton Jorgenson, Mother-in-law Jacqueline Mitchell Allen and Father-in-law Earl Mitchell.

We will be celebrating the life of our beloved Wife, Mother, Grandma, Sister, and Friend on January 4th, 2023. A viewing will be held at 9 am at Leavitt’s Mortuary (836 36th street, Ogden, Utah 84403) afterwards we will hold services starting at 11 am inside their chapel. If you would like to purchase a floral arrangement, Leavitt’s mortuary has options on their site.

We would like to express our deepest gratitude for the Davis/ Weber County Emergency Support team and all their time and efforts made.

To send flowers to the family in memory of Suzanne "Suzy" J. Mitchell, please visit our flower store.